Opinion: How is India's war with Pakistan related to Mughal history 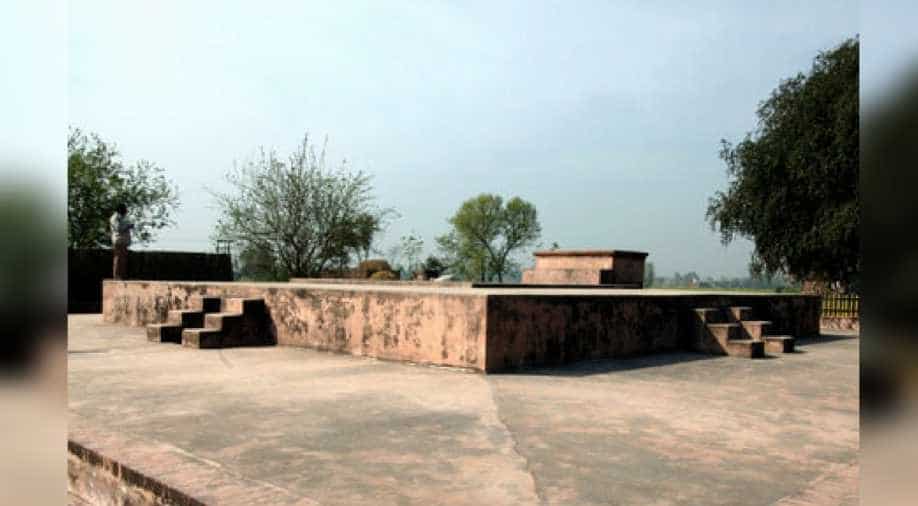 Mughal Emperor Akbar was enthroned in a garden near the Punjab border town of Kalanaur by Bairam Khan. Photograph:( Others )

My background is a military one, but I am greatly attracted to ancient history and architecture, and try to elicit as much as I can from books, chronicles, and from written and electronic media. So, when some friend sent me a clipping with the advice, ‘you must see this; it is a fabulous stage enactment of the original’, I quickly became engaged. What he was referring to, was the play “Mughal-e-Azam” currently running at the National Stadium. Though life is difficult in the far-flung places where we are often posted we, the military officers, get to see, travel, and explore some phenomenal places of historical and geographical significance. Indeed, were it not for adventurous military officers, the Ajanta Ellora caves, Khajuraho temples, Lhasa, Kashmir valleys, deep Hindu roots, and so many others would have never have come to light.

This is one such tale, based on a mix of folklore and actual events.

Nostalgia swept over me, as I recalled my connection in a way, with the iconic emperor, Akbar. Years ago, in 1987, while commanding my armoured regiment, we were deployed for impending war in Batala-Gurdaspur area, during Operation Trident. For the uninitiated, “Trident” was another occasion for sabre rattling, when the Indian Government threatened to sort out Pakistan, for its nefarious designs and activities on our side of the border, but ultimately failed to do anything. In any case, part of the task was to know our own areas like the back of one’s own hand, and that of our adversary through close scrutiny across the border.

I have always been adventurous and, this heaven-sent opportunity in an operational area gave me the freedom to travel, and see many historical places, simultaneous to my military reconnaissance. It was during one of these recces that I spotted the military symbol of a battlefield on my map – crossed swords with the words ‘Takht Akbar Badshah” below it – at the Punjab border town of Kalanaur. Proceeding to that site, I was awestruck by the sight that greeted me. Here was a majestic throne of sandstone or maybe was it white marble, surrounded by a vast courtyard of red sandstone, amidst the verdant green wheat fields.

On enquiry, I learnt that this was the very spot where Prince Jalal-ud-din Muhammad was anointed Emperor of India at the relatively young age of 13 years. This sudden elevation was occasioned by the death of his father, Humayun, who fell down a steep stairwell while holding onto some heavy books and attempting to kneel when the azhaan (call to prayer) was heard. His foot got caught in the robe and, as he plummeted to his death, it signalled a change in the hierarchy.

While going around this monument, and placing myself on the throne in mock anointment, I noticed a Sikh farmer washing vegetable on the periphery – rather odd to find a protected historical monument being put to such use. I queried this wizened farmer, ‘don’t you know what great historical event has taken place here’? His laconic reply, as he continued with his business, unmindful of the presence of so many military persons was, “haan ji; suniya si ithe koi Akbar bande nu baithaya si”! (Oh! Yes – heard some guy called Akbar sat here once).  I almost choked – how mighty Akbar would be turning in his grave, at this dismissive comment. Here was the throne of one of India’s greatest emperors, being used for washing vegetables!!

Akbar’s uncle, Bairam Khan, under whose tutelage the young Prince was, had been campaigning in that area to restore order, consequent to Humayun’s recapturing the Delhi throne. Bairam realised the danger that his young charge was in since successions in the Timurid clan often took a bloody turn. To scotch any attempt as usurpation, he organised the coronation at that very spot and remained camped there till it was certain that Akbar had the loyalty of all, before proceeding to Delhi.

An interesting anecdote was told to me about a Muslim fakir, revered in the Kalanaur area. On meeting Akbar a few months prior to Humayun’s death, the fakir had predicted that Akbar would be crowned Emperor within that campaign period. This was considered impossible, as Humayun was only 46 years of age, but an unfortunate “stumble” changed the fate of India. In recognition a beautiful tomb was made for that seer – unfortunately, I don’t remember his name but do recall how majestic his tomb looked even in serious decay. Kalanaur is an area rich in history. This was the place where Feroze Shah Tughlaq built a palace on banks of the Ravi River, an area where the Hindu warrior Banda Bahadur roamed around with his Sikh followers to torment Aurangzeb’s chieftains. I also vividly recall seeing a 50 m tall mausoleum of some ruler, which had three Pakistani Artillery shells penetrate its dome – the holes were a stark reminder of how close this town was, to the scene of action in the 1965 Indo-Pak conflict.