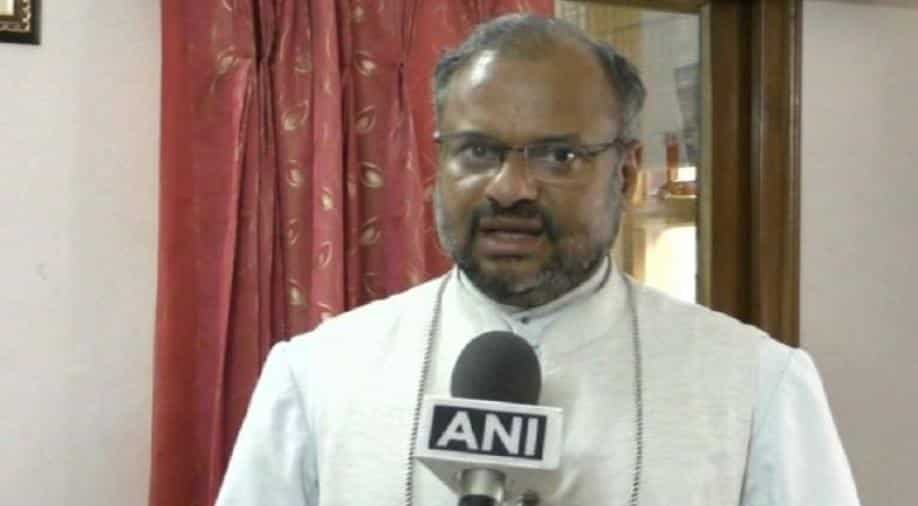 Kerala High Court on Monday granted "conditional bail" to Roman Catholic Bishop Mulakkal, who was arrested over allegations of raping and sexually assaulting a nun.

Kerala High Court has laid down the conditions that Bishop Franco Mulakkal should not enter Kerala & should surrender his passport before the court. https://t.co/qvd7FsQgfy

While granting the bail, the High Court judge, Justice Raja Vijayaraghavan laid down the conditions that Bishop Franco Mulakkal should not enter Kerala except for appearing before the probe officer once in two weeks.

The court also directed the bishop to surrender his passport before the court.

The conditions will be applicable till a chargesheet is filed.

On October 3rd, Bishop Mulakkal was denied bail by the court on prosecutions' argument that the accused, holding a high position in society will try to influence witnesses in the case if he is granted bail.

The 54-year-old Bishop, currently lodged in a sub-jail in Pala in Kottayam district, moved the High Court again after a magistrate court extended his judicial remand.

In September, Mulakkal -- head of the Roman Catholic Diocese in Jalandhar, Punjab -- was arrested in Tripunithura after three days of questioning in the case where he was accused of repeatedly raping a senior nun between 2014 to 2016.

The nun had alleged that Bishop Mulakkal raped her at a guest house in Kuravilangad in May 2014 and later sexually exploited her on several occasions.

The nun also said she had to approach the police as church authorities did not act on her repeated complaints against the clergyman.

However, the bishop denied the charges.