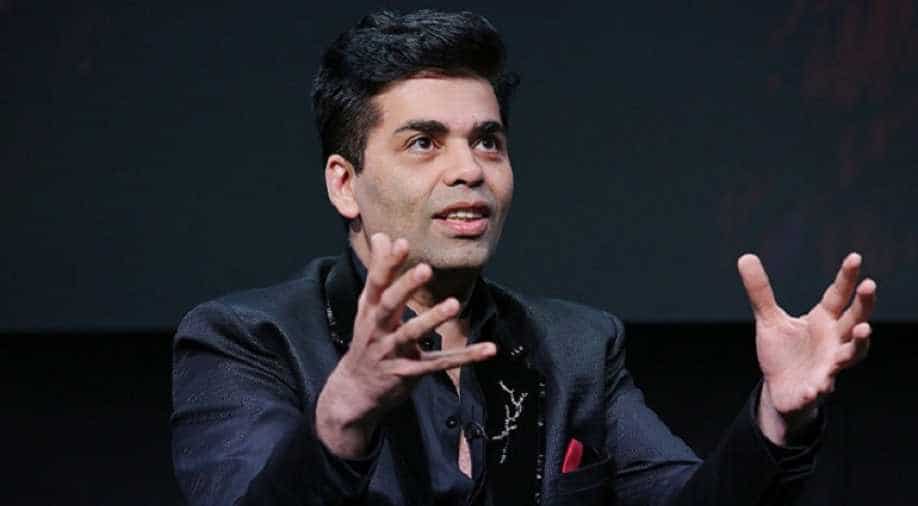 Johar said that the film industry had all kinds of people and everyone could co-exist. Photograph:( Others )

Johar was accused by actress Kangana Ranaut of being a flagbearer of nepotism of the film industry during one of the episodes of Koffee With Karan.

Looks like filmmaker Karan Johar isn't done discussing the nepotism topic yet. At a promotional event of his upcoming film Ittefaq, the director once again brought up the topic and even took jibes at himself, Akshaye Khanna and Sonakshi Sinha.

Johar said that the film industry was willing to make space for all kinds of people. "On the platform, today, there are two non-nepotistic people - Shah Rukh Khan and Sidharth Malhotra and rest of us - Sonakshi Sinha, daughter of veteran actor Shatrughan Sinha, Akshaye Khanna, son of late actor Vinod Khanna, Abhay Chopra and Kapil Chopra, sons of late filmmaker Ravi Chopra, are the brand ambassador of nepotism. As we stand together, it speaks a volume about how worth they are equally, efficiently and correctly," a news agency quoted him as saying.

The event also saw Shah Rukh Khan in attendance, who has co-produced the film. When the superstar was asked about his opinion on nepotism, the actor played it safe and said, "I don't understand this discussion (on nepotism). When I hear the word 'nepotism', I feel the other person is talking about Napoleon. Even though I know enough English, still I don't understand it and the discussion. Whether I agree or disagree -- I don't even understand it so how can I have an opinion?"

Johar was accused by actress Kangana Ranaut of being a flagbearer of nepotism in the film industry during one of the episodes of Koffee With Karan. Not only did the statement raised many eyebrows. At the IIFA a few months back, the filmmaker along with Varun Dhawan and Saif Ali Khan had made jokes around Ranaut's comment and even chanted 'Nepotism Rocks' while hosting a segment at the award ceremony. The act, of course, received a lot of criticism from fans and media alike and later the two actors had issued an apology and the filmmaker expressed regret.

Johar and Khan's co-production Ittefaq is all set to release in theatres on Friday. The film features Sidharth Malhotra, Sonakshi Sinha and Akshaye Khanna in lead roles.