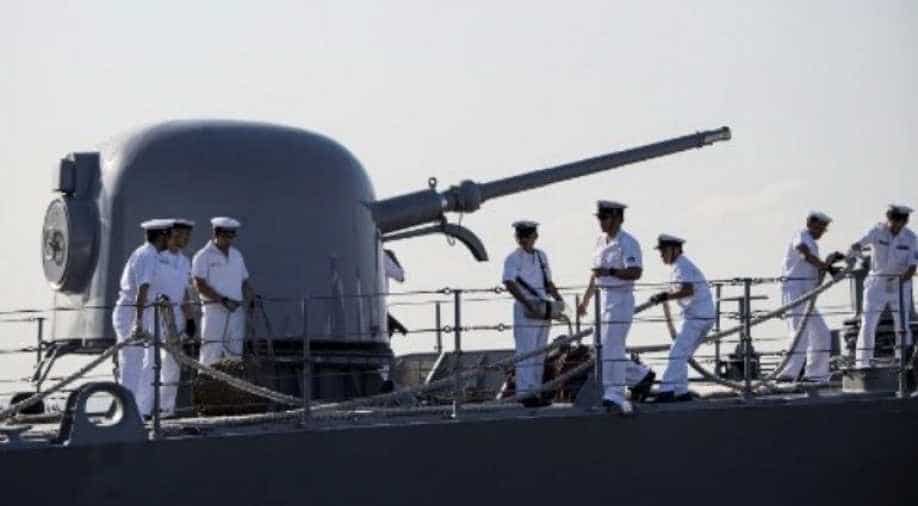 The struggle in the South China Sea Photograph:( AFP )

After claiming large portions of the South China Sea and Mt Everest, two Chinese websites have been claiming that central Asian countries like Kyrgystan and Kazakhstan have been part of China and with Kazakhstan even "eager to return back to China".

Tuotiao.com headquartered in Beijing in a recently published article titled "Why didn't Kyrgyzstan return to China after gaining Independence?". It elaborated that under the Khan dynasty, 510,000 square kilometre of Kyrgystan, which means the entire country was part of Chinese lands but the Russian empire took over the territory.

The article explained that like Mongolia, Kyrgystan has been part of the Chinese territory.

Toutiao.com has a readership of 750 million and is China's largest mobile platform of content creation.

Meanwhile, Sohu.com, another major Chinese internet company headquartered in Beijing published an article which said: "Kazakhstan is located on territories that historically belong to China". This prompted an immediate summoning of the Chinese envoy to the country Zhang Xiao April 14 over the article.

Central Asian countries have had huge investments from China, but that has made them also "financially vulnerable" to Beijing. Kyrgystan has borrowed $1.7 billion from Chinese Exim bank which is believed to be 43 per cent of the country's total external debt. When it comes to Kazakhstan, China has an outsized role in its energy sector.

Last month China had announced a new governance system for disputed islands in the South China Sea that irked the country's neighbours but has drawn sharp reactions from countries like US and Australia.

China approved the establishment of two districts to administer disputed Paracel & Spratly island in the South China Sea. Each district will have a local government with the government for the Spratly island being located on Fiery Cross Reef, an area fortified by China by land reclamation. One of the new district created in Sansha city in Hainan province will administer Paracel island.

Before that Bejing had issued new names for 25 islands/ reef & 55 undersea entities in the South China Sea in a bid to "reaffirm" its sovereignty in the region.

This has led to angry responses from the country's neighbourhood. Vietnam strongly protests Chinese action saying it violates the country's sovereignty and are invalid.

An angry Philippines filed a diplomatic protest at the Chinese embassy in Manila. Australian foreign minister Marise Payne while condemning China's action in the South China Sea said it is "vital all countries ease tensions so they can focus on combating COVID-19."