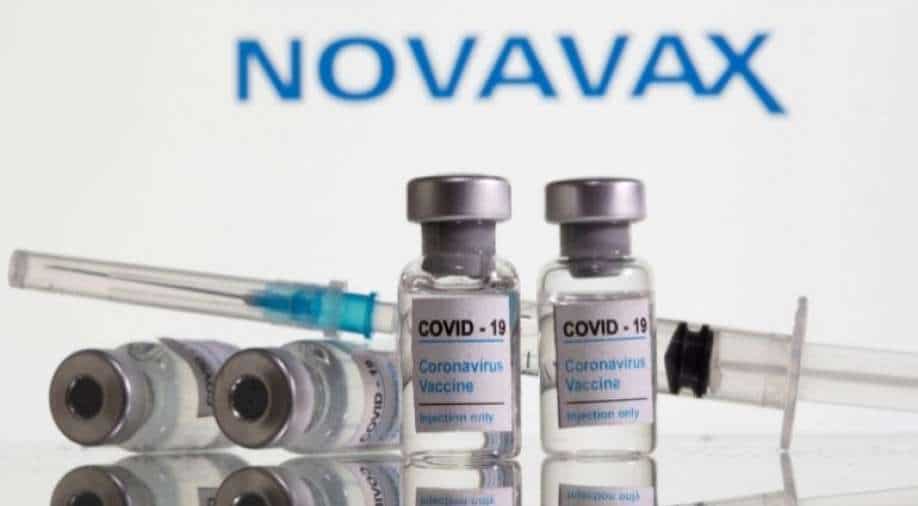 Vials labelled COVID-19 vaccine and syringe are seen in front of displayed Novavax logo in this illustration Photograph:( Reuters )

The Serum Institute of India is preparing to produce 1.1 billion doses of Novavax's COVID-19 vaccine in the country, NITI Aayog member Vinod Kumar Paul said at a press briefing on Tuesday.

Talking about the situation of coronavirus in India, Paul said that transmission due to the delta variant is very low but it is yet ''one of concern.''

"What we're learning from data available in the public domain that this (Novavax) vaccine is very safe and highly effective. It'll be produced in India,'' he added.

The vaccine maker on Monday had said its COVID-19 vaccine was more than 90 per cent effective in a large, late-stage US-based clinical trial.

Novavax's protein-based COVID-19 vaccine candidate was more than 93 per cent effective against the predominant variants of COVID-19 that have been of concern among scientists and public health officials, Novavax said.

Protein-based vaccines are a conventional approach that uses purified pieces of the virus to spur an immune response and vaccines again whooping cough and shingles employ this approach.

Serum already produces AstraZeneca's COVISHIELD which is being widely used across India and several other nations.