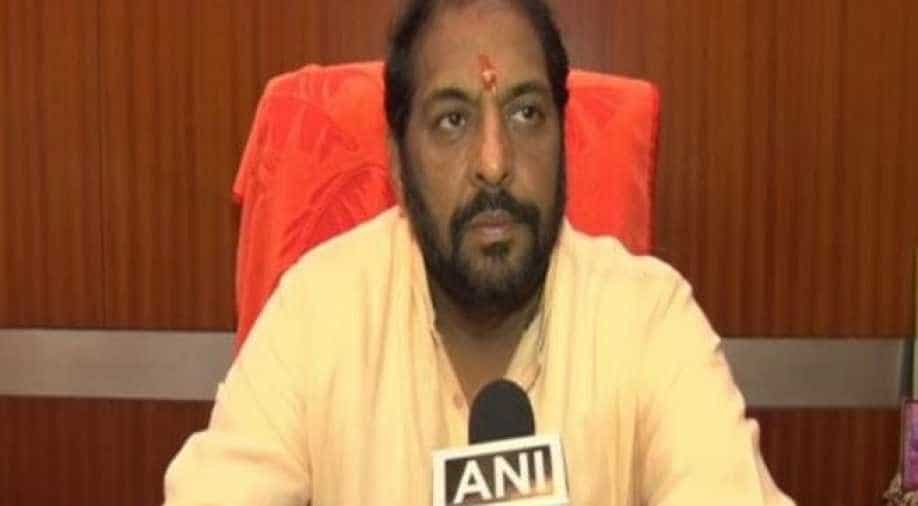 Kanda, who won from the Sirsa Assembly constituency in the recently held Haryana election, allegedly abetted suicide of a young air hostess who worked for his aviation company in 2012

Amidst furore over Gopal Kanda`s backing to the BJP for government formation in Haryana, the party on Saturday cleared that it would not take any support from his Haryana Lokhit Party leader.

"No question of including Gopal Kanda in the government, neither are we taking his support," Senior Haryana BJP leader Anil Vij, told ANI.

Kanda, who won from the Sirsa Assembly constituency in the recently held Haryana election, allegedly abetted suicide of a young air hostess who worked for his aviation company in 2012.

A few months later, the girl`s mother had also allegedly killed herself.

As the results were declared on Thursday, Kanda pledged support to the BJP.

The BJP won 40 seats in the Haryana Assembly elections and tried to stitch up an alliance with Independents. However, it came under attack from the opposition over taking support from Kanda.

"We have formed the alliance for the benefit of the state," he said while speaking to reporters here and added that he believes the alliance will last for five years.

"We are not taking support from anyone. Who is supporting whom in the (Legislative Assembly)) House is an independent decision of that individual (hum kahi kisi ko nahin le rahe hain... house me kaun kisko support krta hai...ye uss admi ka independent faisla hai)," he said.

On the BJP`s aim to achieve more than 75 seats in the state, Vij said, "We need to think seriously about the shortcomings. We will ask the workers about it."

Asked about several Ministers from the Haryana Cabinet losing the elections, the senior BJP leader said, "When I am saying that we will think, then we will think about all these issues. But it is necessary to ask those who lost before that. It will not be right to come to a conclusion without consulting them."

He also took a jibe at Bhupinder Singh Hooda saying the former Chief Minister should tell how did he run the government for five years when he got 40 MLAs.

On October 25, it was reported that The BJP and Jannayak Janta Party (JJP) have decided to come together to form a government in Haryana and it will have deputy chief minister from the regional party.