Not sure whether India will gain if businesses shift from China due to COVID-19: Abhijit Banerjee 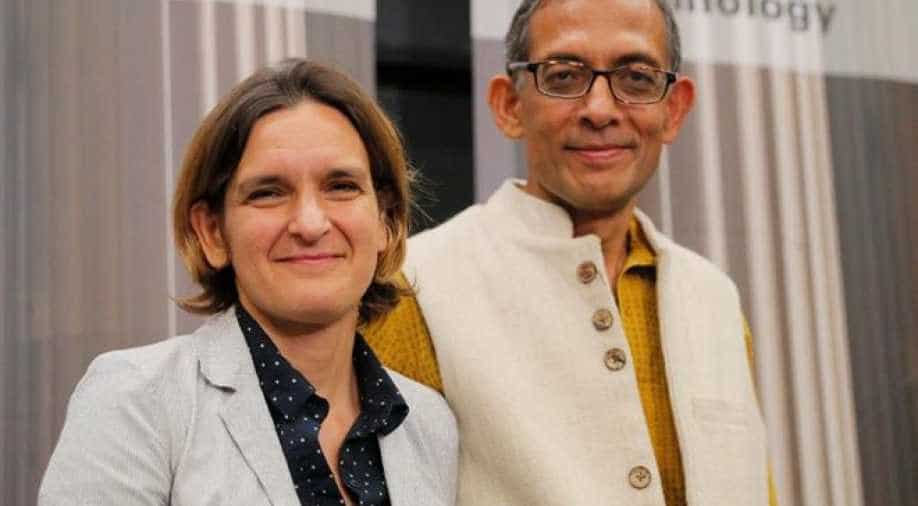 "China is being blamed now for the coronavirus outbreak. Even people are saying that India stands to benefit as businesses will shift from China and come to India. But that may not be true," the economist said.

Nobel laureate Abhijit Banerjee has said that there is no certainty that India will gain from shifting of businesses from China in the wake of coronavirus pandemic.

Speaking to a Bengali news channel ABP Ananda on Monday evening, Banerjee said that everyone is blaming China for the COVID-19 outbreak as it has origin there.

"China is being blamed now for the coronavirus outbreak. Even people are saying that India stands to benefit as businesses will shift from China and come to India. But that may not be true," the economist said.

Banerjee, who is also a member of Global Advisory Board formed by the West Bengal government to prepare a roadmap for COVID-19 response in the state, said, "What happens if China depreciates its currency. In that case, Chinese products will be cheaper and people will continue to buy their products".

Talking about the proportion of gross domestic product (GDP) planned to be spent by the Centre for a relief package, Banerjee said countries like the US, UK and Japan are spending a high share of their respective GDPs.

"India plans to spend less than one per cent of its GDP at Rs 1.70 lakh crore. We should spend much increased proportion of GDP," he said.

The Centre had announced a more than Rs 1.70-lakh crore package to alleviate the hardship of the poor hit by economic disruption due to coronavirus outbreak.

The Economics Nobel Prize winner said main problem is that people of the country do not have high purchasing power.

"The poor people now do not have the money and they hardly have any purchasing power. There is no demand as well. The government should give money in the hands of the common people because they run the economy, not the rich," he said.

Money should be given in the hands of poor people in phases over a period of three to six months, the economist said, adding that if they do not spend that, there is no problem.

Banerjee felt that it is the responsibility of the Centre to look after the migrant workers.

"We have not thought of their problems that they will face. They have no shelter and money in their pockets," he said.

There is a need to issue emergency ration cards to all for a period of three or six months, he said.

"It is the responsibility of the Centre as the migrant workers pass through various states to reach their homes," Banerjee noted.

He said the central government has taken some steps to provide relief to the people, of which extending moratorium on loan repayment is one.

"There is need for taking other steps as well. But the problem is where is the demand," he said.

The MIT professor said there is no dearth of work in India.

"Workers in Delhi and Bangalore are being asked not to leave the states as there are works," he pointed out.

Talking about the nationwide lockdown imposed to contain coronavirus outbreak, he said it has been extended in phases and people were made aware of social distancing and asked to wear masks.

"But that stage is not reached about how to run the economy by maintaining social distancing," he said, adding that it is easier said than done.

Regarding testing of samples, he said India is a big country and the quantum of test should have been more from the beginning.

"We do not know the extent of the coronavirus outbreak as there was no population testing done," he said, adding that more testing should be conducted before lifting the lockdown.

He further said, "More the test, lesser will be the death rates. In West Bengal, the number of tests has increased now. So, the incremental death rate is gradually falling".

On increasing number of COVID-19 cases in the country, he said, "It is rising linearly, not exponentially".