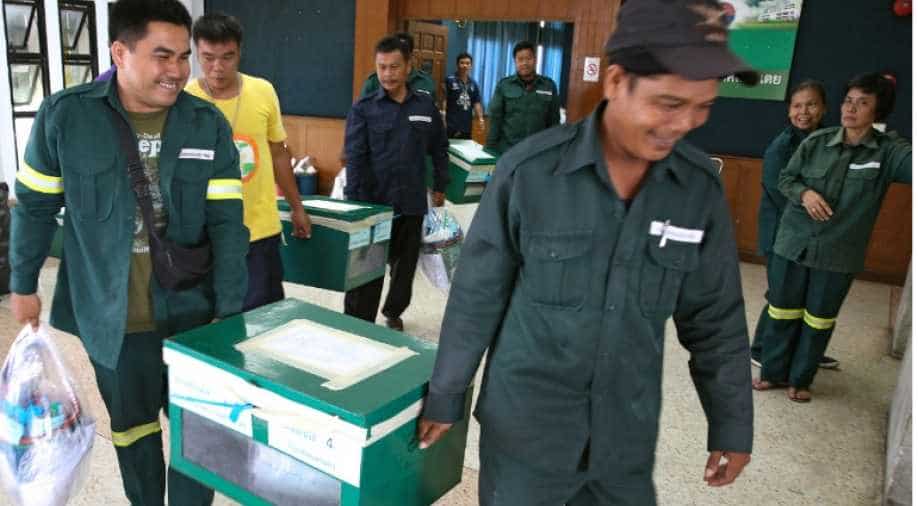 Polls in Thai election opened on Sunday. This is the first time the country is going to general elections since the 2014 coup. Polls opened "at 92,320 polling stations across the country," Election Commission secretary-general Jarungvich Phumma told AFP.

The United States on Friday imposed sanctions on Iranian nuclear researchers, saying it wanted to warn young scientists to steer clear of any future effort to build a bomb.

Sanctioning 14 individuals and 17 entities, US officials acknowledged that the nuclear work was in the past but said Washington wanted to make the targeted figures "radioactive."

Trump hails end of IS 'caliphate,' vows to remain 'vigilant'

President Donald Trump hailed the end of the Islamic State group's "caliphate" Saturday, vowing that the United States would remain "vigilant" against the diehard jihadists.

A fix to the anti-stall system suspected in the crash of a Boeing 737 MAX 8 jet that killed 189 people in Indonesia is ready, industry sources said Saturday, as the company tries to avoid a lengthy grounding of its planes.

Serena Williams withdrew from the WTA and ATP Masters Miami Open on Saturday with a left knee injury.