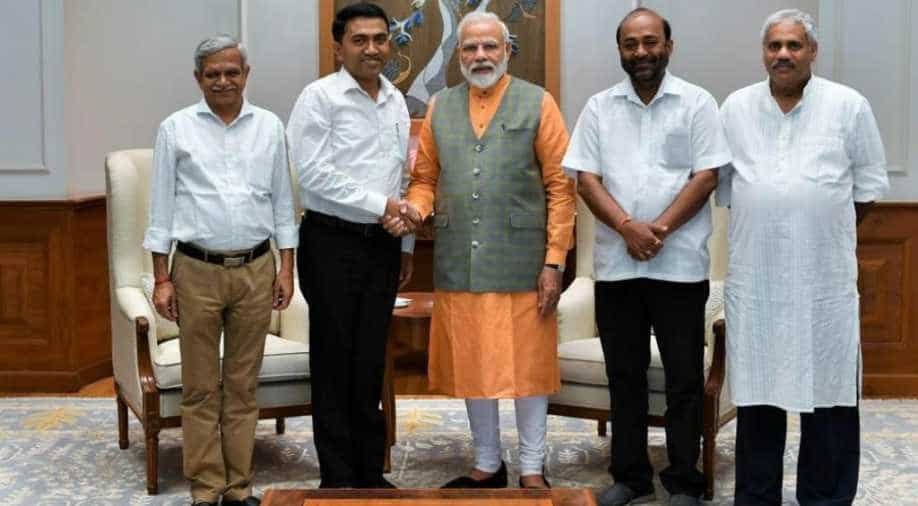 Sawant, who has two deputies, distributed portfolios to all the 11 ministers who were sworn-in along with him in the wee hours of Tuesday

Goa Chief Minister Pramod Sawant retained home, finance and all other portfolios held by his predecessor Manohar Parrikar as he Friday allotted departments to his Cabinet colleagues, three days after taking charge.

Sawant, who has two deputies, distributed portfolios to all the 11 ministers who were sworn-in along with him in the wee hours of Tuesday.

All these ministers were members of the Cabinet led by Parrikar, who died Sunday last.

A notification issued Friday stated all the ministers will retain portfolios which they held under Parrikars chief ministership.

This means Sawant has also kept with himself all the portfolios which were earlier with Parrikar. These included departments like home, finance, personnel, vigilance and general administration, among others.

Another Deputy Chief Minister Vijai Sardesai has town and country planning, agriculture, archives and archaeology and factories and boilers departments with him.

Sardesai is president of the Goa Forward Party, another key ally of the BJP in the coastal state.

Besides the MGP and the GFP, the BJP-led government has the support of all the three Independent MLAs, who are also ministers.

Milind Naik (BJP) has been given portfolios of urban development, social welfare, while his party colleague Nilesh Cabral will continue to look after power, nonconventional energy, law and judiciary and legislative affairs departments.

Sawant enjoys the support of 20 MLAs in the 40-member Goa assembly whose effective strength currently is 36.