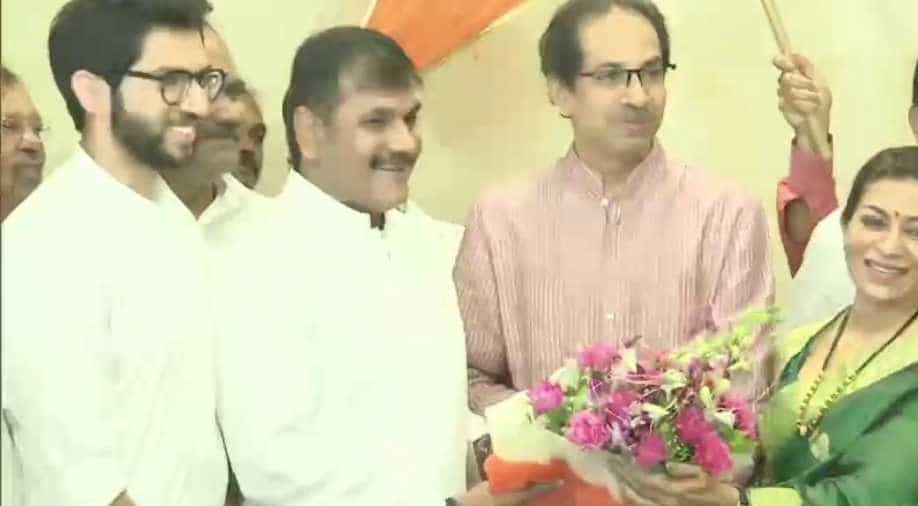 Ahir joined Shiv Sena in the presence of party chief Uddhav Thackeray and his son and Yuva Sena chief Aditya Thackeray at "Matoshree'.

Uddhav Thackeray welcomed Ahir to the Shiv Sena, saying his presence will strengthen the party. I assure that Sachin Ahir will not regret his decision. He has joined the party with his family... Politics should be done like politics and we will not leave our principles. But yes we will not leave any stone unturned for expansion and strengthening of our party," he said

Ahir said he was impressed with the developmental work done by Shiv Sena for the masses. I felt that it would be good to work should-to-shoulder with them," Ahir said.

Reacting to Ahir's cross over, NCP national spokesperson Nawab Malik said NCP-Congress coalition will perform better than the BJP in the next elections.

Meanwhile, another NCP leader, Chhagan Bhujbal, dismissed the reports of joining Shiv Sena as baseless. I am going nowhere; I will be where I am. All other news is baseless and false," he said.