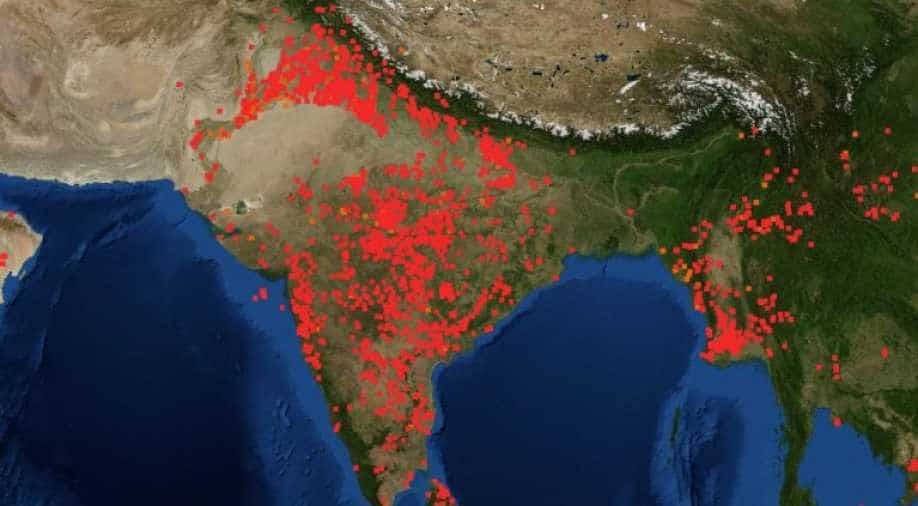 Image via NASA/FIRMS. Photograph:( Others )

A large chunk of the 'fire locations' are seen spread across north and central India.

The International Strategy for Disaster Reduction (ISDR) describes 33 to 90 per cent of forest area in various Indian states as fire prone.

"While statistical data on fire loss is weak, it is estimated that the proportion of forest areas prone to fires annually ranges from 33% in some states to over 90% in other. About 90% of the forest fires in India are created by humans. India witnessed the most severe forest fires in the recent time during the summer of 1995 in the hills of Uttar Pradesh & Himachal Pradesh. The fires were very severe. An area of 677,700 ha was affected by fires," mentioned the ISDR website.

On the other hand, agricultural experts primarily link the highly active 'fire spots' in India to the increased practice of crop burning across the country.