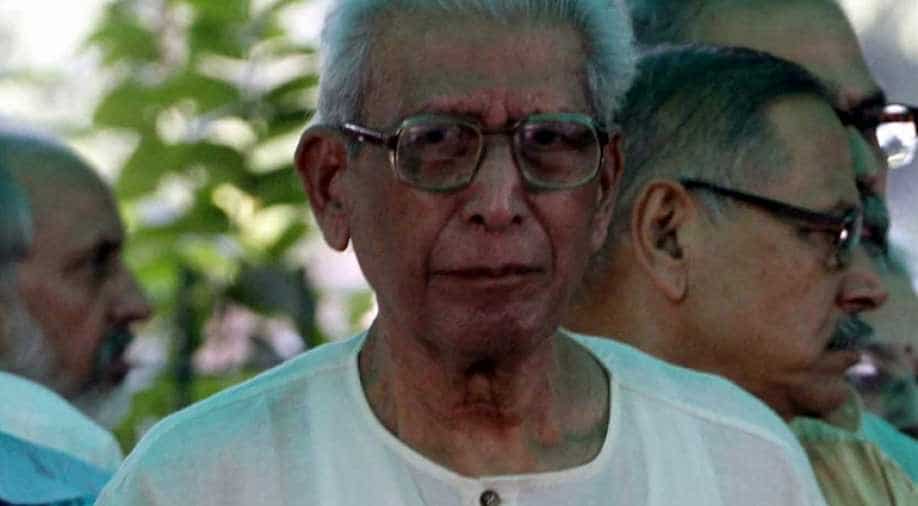 President Ram Nath Kovind said Singh's death was a huge loss to not only Hindi literature but also other languages in India.

Namvar Singh, writer, poet, critic and one of contemporary Hindi literature's tallest figures, has died after a month-long illness, his family said on Wednesday. He was 92.

Singh died on Tuesday night at the All India Institute of Medical Sciences.
He had not been keeping well for more than a month and was on the ventilator for three weeks, his daughter Sameeksha said.

The last rites will be performed at 4 pm on Wednesday at the Lodhi Road crematorium, she added.

The author's death, which marks the end of an era, led to scores of people sending in their condolences.

President Ram Nath Kovind said Singh's death was a huge loss to not only Hindi literature but also other languages in India.

"Deeply saddened by the demise of the great critic, Namvar Singh, who established a new paradigm in Hindi literature and criticism... My condolences to the grieving family and the world of Hindi literature," Kovind tweeted in Hindi.

Condoling his death, Prime Minister Narendra Modi described him as a towering figure of Hindi literature who gave it new direction through his literary criticism.

According to Congress president Rahul Gandhi, Indian languages had lost a powerful voice with the death of Singh.

"He spent his life in creating a tolerant and democratic society. Restoring dialogue in India will be the real tribute to him," Gandhi said.

Born on July 28, 1926, in Varanasi's village Jiyanpur (now in Chandauli), Singh completed his MA and PhD in Hindi literature from the Banaras Hindu University.

He also worked as a professor in his alma mater BHU as well as Jodhpur University and the Jawaharlal Nehru University (JNU).

Singh served as the editor of two Hindi magazines, Janyug and Alochana.

Home Minister Rajnath Singh wrote, "Namvar Singhji's death is a personal loss for me. Despite ideological differences, he knew how to respect people. His death is a huge loss for Hindi literature and our society. My condolences to his family."

"Dr Namvar Singh had a special place in Hindi literature. His work and contribution will continue to influence the upcoming generations. My tribute" said CPI(M) leader Sitaram Yechury.

"Eminent critic of Hindi literature, Namvar Singhji is no longer with us. A humble tribute to the man who gave new direction and stature to criticism in Hindi literature."

Paying tributes to the author, Rajkamal Prakashan, which published his books, said his demise was like "the disappearance of the sun from the galaxy of Hindi literature".

"He was the biggest name in Indian literature and gave a new direction to Hindi literary criticism and a new meaning to the tradition of 'vaad-vivaad aur samvaad'. He was like a father figure for me. This is a big loss for us," Ashok Maheshwari of the publishing house said in a statement.