Muslim women will no longer live under fear of talaq: Akbar 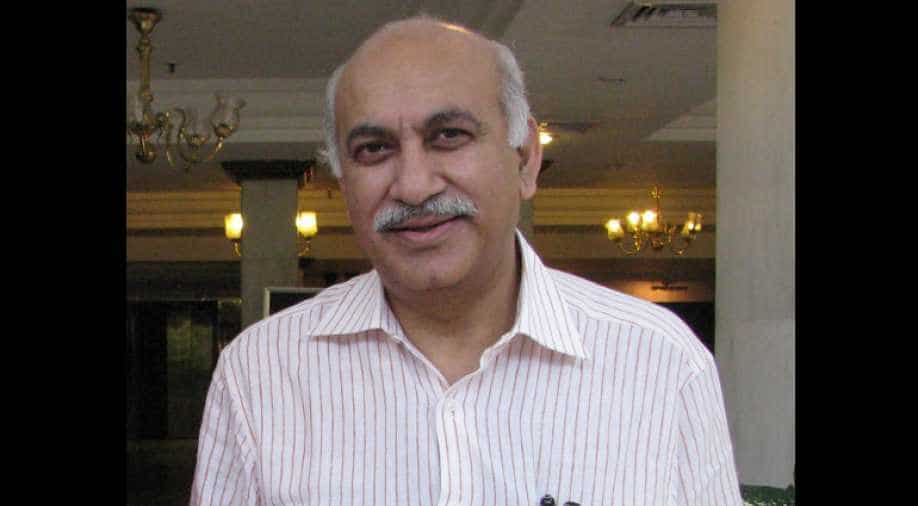 Akbar said the country's first prime minister, Jawaharlal Nehru, had during a conversation revealed that he could not reform the Muslim personal law because the time was not appropriate. Photograph:( Zee News Network )

Speaking during a debate on the Muslim Women (Protection of Rights on Marriage) Bill, the Minister of State for External Affairs noted that the legislation would "benefit the country...Community and the nation ...And will promote gender progress".

The law will give a big blow to those who want to keep women under the constant "fear and terror" in the name of talaq, Akbar said, adding it concerns the "pain and distress" of 9 crore Muslim women.

Quoting extensively from the Quran, the minister said the holy book requires that Muslim women be given a little more than what is due to them and not less.

Recalling an anecdote of the Nehruivan era, Akbar said the country's first prime minister, Jawaharlal Nehru, had during a conversation revealed that he could not reform the Muslim personal law because the time was not appropriate.

The time to reform the Muslim personal law is now ripe, the MoS said, adding the legislation may not be an ideal one but "let us not destroy good for the sake of an ideal one".

The Union minister regretted that reform of the Muslim personal law was not undertaken by Congress governments despite a massive majority in parliament.

Akbar also questioned the credibility of All India Muslim Personal Law Board (AIMPLB), saying it was a body of only like-minded people and was not reflective of the opinion of the minority community.

The AIMPLB is not an elected body and has become a "false voice" of the Muslim community, he said.

The Muslim Personal Law Board has opposed the legislation saying that it is against the welfare of Muslim women and will harm their interest.

Some people, Akbar said, were spreading the dangerous canard that Islam was in danger and Sharia was being destroyed.

"There is nothing in danger...A true Muslim can never believe that Islam is in danger," he said, adding only a few Muslim men were feeling vulnerable.

As regards Sharia, Akbar said, it referred to a way of life and was mentioned only once in the Quran.

If Muslim marriage is a contract, "instant triple talaq breaks that contract," he said, adding that the legislation was not against talaq but "instant talaq".

The government today tabled the bill in Lok Sabha to make instant triple talaq illegal with up to three years in jail for the husband, calling it a "historic day" for Muslim women amid mixed support from the opposition.