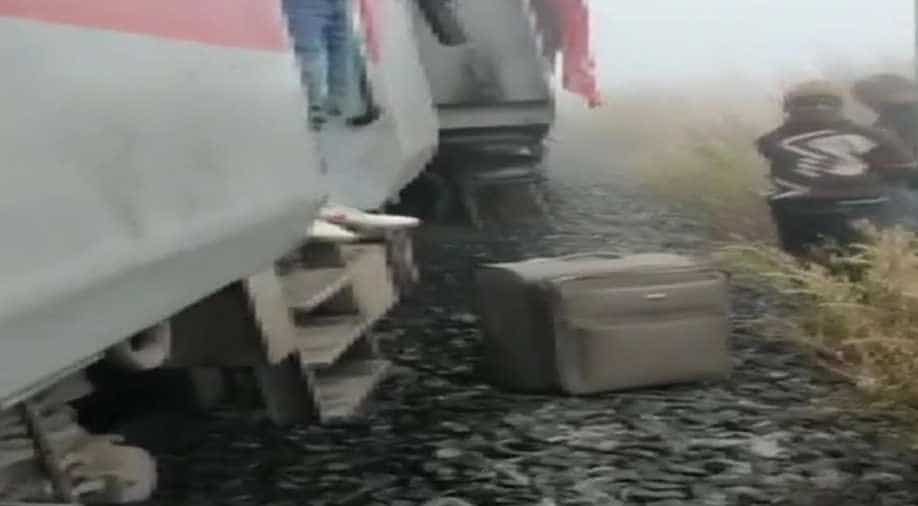 All passengers have been evacuated from the site. Photograph:( ANI )

Lokmanya Tilak Express hit a goods train near Salagaon at about 7 am today.

The accident occurred between Salagaon and Nergundi railway stations after the train hits a guard van of a goods train near Salagaon at about 7 am.

Buses have been arranged for all remaining passengers to move their destination. Cuttack is 10-12 km and Bhubaneswar (Terminating station) is 35 kms from the accident site. Officials are working to restore the Rail Traffic.