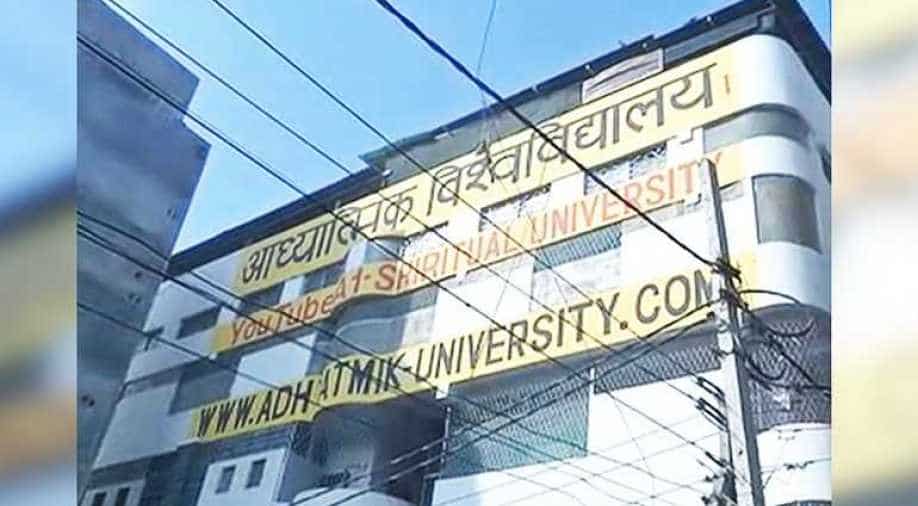 Earlier the Delhi High Court had indicated that a warrant should be issued against the head of the Ashram in Rohini. Photograph:( Zee News Network )

Days after 41 girls were?rescued from the Rohini ashram, more girls have been released from the ashram

Days after 41 girls were rescued from Rohini ashram, more girls have been released from the ashram.

Delhi: More girls being released from ashram owned by Baba Virender Dev Dikshit in Rohini after 41 girls allegedly kept under illegal confinement at the ashram were rescued earlier this week pic.twitter.com/SSwQtMxdgq

The Adhyatmik Vishwa Vidyalaya ashram had illegally confined minor girls and women in "animal-like conditions". A raid conducted earlier this week revealed that the girls had no privacy even for bathing.

Massive stock of medicines and syringes were also recovered in the raids.

Earlier the Delhi High Court had indicated that a warrant should be issued against the head of the Ashram in Rohini.

The court initiated a probe after a PIL was filed by NGO foundation for Social Empowerment informing that several minors and women were illegally confined.

The high court had said that the warrant will be issued against the head, Virender Dev Dikshit, if details of the ashram are not submitted.

The court has asked that if the girls were not illegally confined why were they kept behind locked doors. The bench also wanted an answer as to why the founder was not making an appearance if he is genuine and honest.

The ashram is owned by self-styled godman Baba Virendra Dev.

According to media reports, Baba Virendra Dev Dikshit considers himself to be an incarnation of Lord Krishna. He had the obsession of surrounding himself with 16,000 women, to match the belief that Lord Krishna had same number of wives.