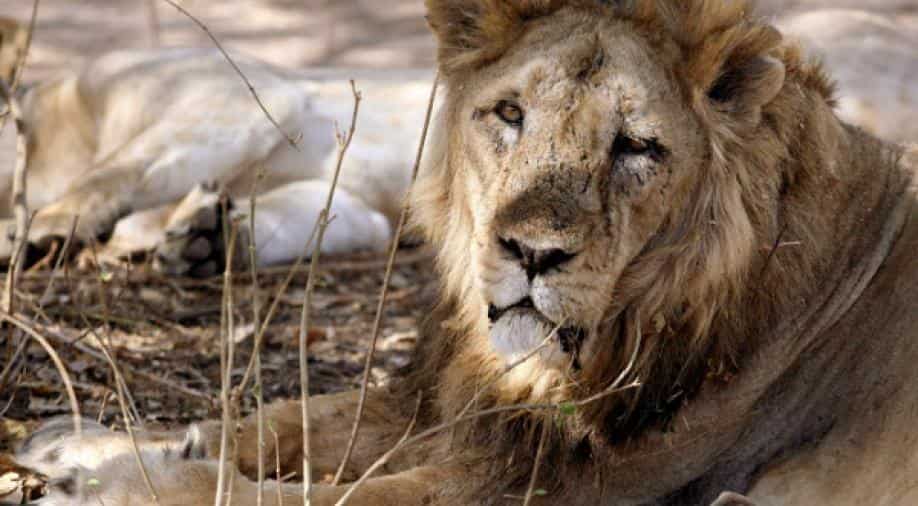 Roughly 600 Asiatic lions live in the 850-square-mile expanse of the Gir sanctuary in western Gujarat.

At least 21 more Asiatic lions, an endangered species, have tested positive for a highly contagious virus that has been blamed for recent lion deaths.

Tests on samples of 27 Asiatic lions living at the Gir sanctuary in Gujarat showed 21 of them were positive for the Canine Distemper Virus (CDV), the Indian Council of Medical Research (ICMR) said in a note.

This follows earlier tests that revealed at least five of 23 lion deaths at Gir over the past three weeks were due to the virus.

"This indicates active disease transmission among the Gir lions," the ICMR said.

Roughly 600 Asiatic lions live in the 850-square-mile expanse of the Gir sanctuary in western Gujarat. India's Supreme Court in 2013 had ordered some of the lions to be moved out of the sanctuary after wildlife experts for years advocated for such a move - called 'translocation' - to protect the lions against calamities like disease outbreaks.

The ICMR called on the government last week to take immediate steps to place the lions in two or three different sanctuaries to save them from extinction.

"Since CDV is transmitted by airborne route as well as infected body secretions, healthy lions from Gir Forest may be shifted to an alternate suitable location," the agency said in its latest press release.

But the Gujarat government has refused to part with any of the lions, saying they would not be safe anywhere but inside the state.

D.T. Vasavada, the chief conservator of forests at Gir, said on Wednesday he had not received the ICMR press release, and there was no plan to move any lions. "We are monitoring the health of the lions," he said, adding that vaccinations were ongoing.

A spokesman at the Gujarat chief minister's office referred queries to the state forest minister, who did not answer calls seeking comment on Wednesday.

"At one level it is too late to try and separate the healthy and uninfected lions," Ravi Chellam, a wildlife expert and member of a government panel formed move some of the lions. "Given that CDV is airborne, it is very likely that the entire population would have been exposed but not infected."

A government-appointed committee of experts has been working on determining the cause of the deaths, Vasavada said.