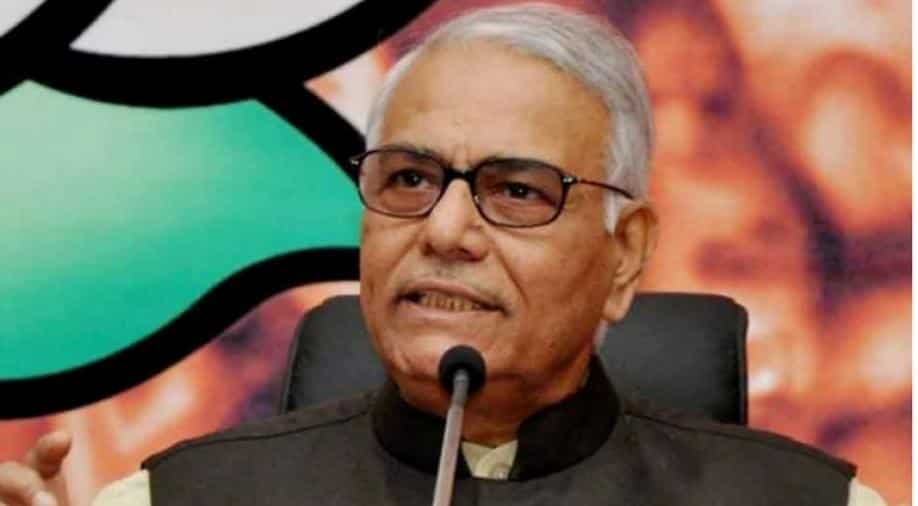 Former BJP leader Yashwant Sinha, who announced his retirement and quit the BJP on April 21, made scathing remarks at PM Modi-led government. Speaking to media at his residence, Sinha said that the ruling government, in the past four years, has made the situation "worse than Emergency".

Sinha further added that people in the country feel insecure over actions taken by the Modi government, which, he said, has "destroyed the temple of democracy".

"The situation created by the Modi government is even worse than the Emergency proclaimed by Indira Gandhi," Sinha alleged.

According to Sinha, no community in the country feels secure due to the actions of the central government.

Sinha also talked about the washout of this year's Budget session and claimed that it was the Modi government which did not want it to function smoothly as it did not want to face the 'no-confidence motion' despite the Opposition's demand.

The former external affairs minister mentioned that that former prime minister Atal Bihari Vajpayee had not hesitated to table 'no-confidence motion' in the year 1998.

Sinha alleged the government for not caring to maintain the sanctity of the Parliament. He described the central government as one that tries to control the Supreme Court, the Election Commission and the press.

"Leaders will speak and the cadres will remain silent as they have no guts to raise their voices," Sinha noted alleging that there is no inner democracy in the BJP.

Former BJP leader also questioned the use of agencies such as CBI, NIA, ED and Income Tax by the government for "harassing and gagging opposition leaders".

Sinha's post-retirement plans include a continued fight against farmers exploitation and distress. He said he will continue to work towards the cause of workers of the unorganised sector, youth, students and weaker section of the society by addressing meetings throughout the country.