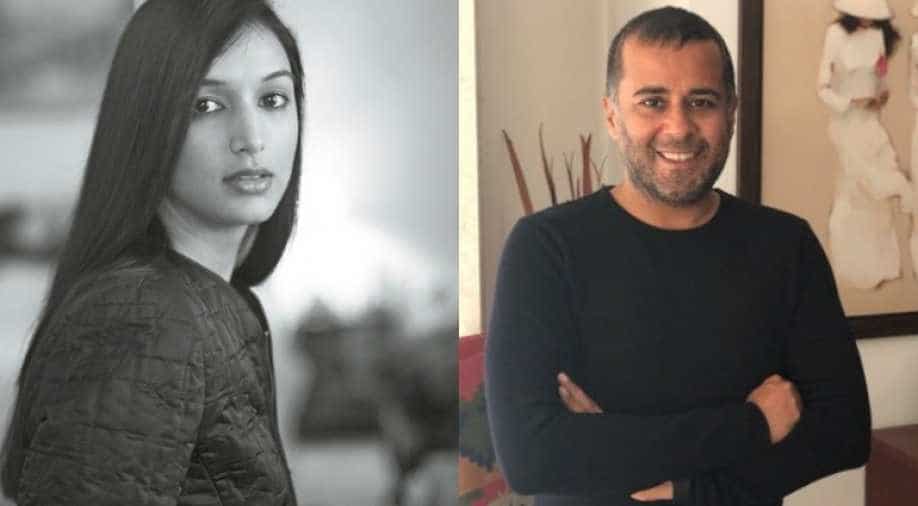 Yoga teacher and author, Ira Trivedi has taken Chetan Bhagat to court and accused him of 'maligning' her reputation.  A few days ago, Trivedi had accused Bhagat of sexual misconduct. Bhagat had reportedly forcibly tried to kiss her in his room after inviting Ira to tea at the India International Centre.

A few days later, in response to Trivedi's accusations, Chetan Bhagat, in his defense, had shared a screenshot of a mail that she had sent him in 2013. The mail ended with a word 'kiss' and the author asked, “who kissed whom” to his 12.5 million Twitter followers.

According to Trivedi, she used the word 'Kiss' towards the end as a greeting as she was in a haste and that it was just a figure of speech.

“He maligned my reputation because he said to his to 12.5 million followers that I tried to kiss him, that is extremely awful. He selectively produced this email trail, in a manner which is completely out of context,” Trivedi told a leading news website over the phone.

Ira Trivedi called the 'Two States' writer a liar and said,''These statements have been made in the background of me calling him out in the #MeToo campaign. He’s trying to give the impression that I am trying to derail the movement because of personal vendetta.”

“For the Indian masses, the society that we live in, it’s taken in an extremely negative way. I was trolled for one week, and got hate messages asking me why I would say this to a married man with children,” she added.

“He’s a thousand times more famous than I am,” she said. “His attempts to kiss me and proposition me and his groping of my friend amount to offences under Sections 509 and 354A of the IPC, his tweets and online statements about my allegations fall under sections of Sections 354D and Section 503 of the IPC,” she told a leading media website.

Trivedi said that she tried dodging the question after he tried to bring (kiss) time and again.

“Bhagat tried to bring it (the kiss) up again and again” though he didn’t share that on Twitter. “I dodged the question, I just stopped responding completely,” she said. She sent

Bhagat had responded to the accusation on Twitter earlier and tweeted, “So who wanted to kiss whom? @iratrivedi’s self-explanatory email from 2013 to me, esp last line, easily shows her claims from 2010 are false, and she knows this too. This mental harassment of me and my family has to stop. Please don’t harm a movement with #fakecharges #harassed.”

So who wanted to kiss whom? @iratrivedi’s self-explanatory email from 2013 to me, esp last line, easily shows her claims from 2010 are false, and she knows this too. This mental harassment of me and my family has to stop. Please don’t harm a movement with #fakecharges #harassed pic.twitter.com/SWeaSCfHLd

He further added in another tweet: “Ultimately, is this movement about the truth or blindly supporting a particular gender? Please don’t let your biases make you believe things that are not true. A person’s reputation is their most prized asset and takes a lifetime of work to earn. To have these motivated, fake attacks on me is abhorrent and the sickest thing a person can do. Please don’t support this kind of smear campaign.”

In her response to Chetan Bhagat's tweet, she said, "He is maligning my reputation, and that is why I'm taking him to court,''. Trivedi has now issued a legal notice against him.