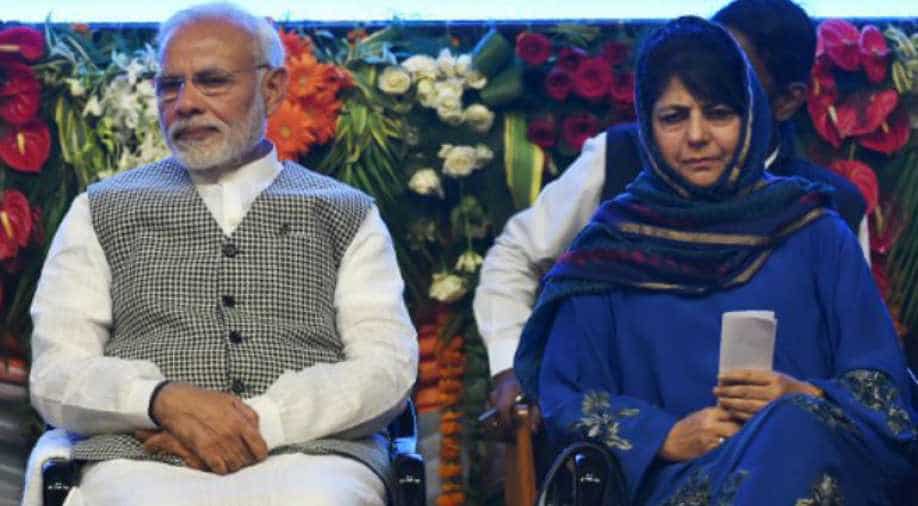 "The initiatives taken by (the) government of India under your distinguished predecessors in office have resulted in the opening of Muzaffarabad and Rawalkot routes. Though their full potential has yet to be realised, the opening of Kartarpur has presented us with another window of opportunity," she said.

The PDP president said her party has always considered people-to-people contact between India and Pakistan as an important confidence-building measure.

"Though it generally connects the people here with their cultural and intellectual roots, for the (Kashmiri) Pandits it is an important place of pilgrimage which was frequented by them till independence. Their urge to open it to pilgrimage has been projected ever since the reopening of Srinagar Muzaffarabad Road," she said.

"Kartarpur has encouraged the (Kashmiri) Pandit community to see a possibility of the Pilgrimage to Shardapeeth in the same spirit and our belief is strengthened by the reported offer of Pakistan Prime Minister Imran Khan to allow it along with pilgrimage to Katas Raj," the PDP president said in the letter.

Mehbooba said a few members of the Kashmiri Pandit community discussed the issue with her and urged her to take up the matter with the prime minister.

"I am sure you would kindly have this request considered on priority. Though it will be a measure specific to the Pandit community, I have no doubt it would be welcomed by every citizen of the state and would considerably help in addressing the feeling of despondency in a major section of the population," she said.

Mehbooba said it would "fit very well in the vision of pulling Jammu and Kashmir out of its miseries through diplomatic and political means away from death and destruction we witness with unending regularity".