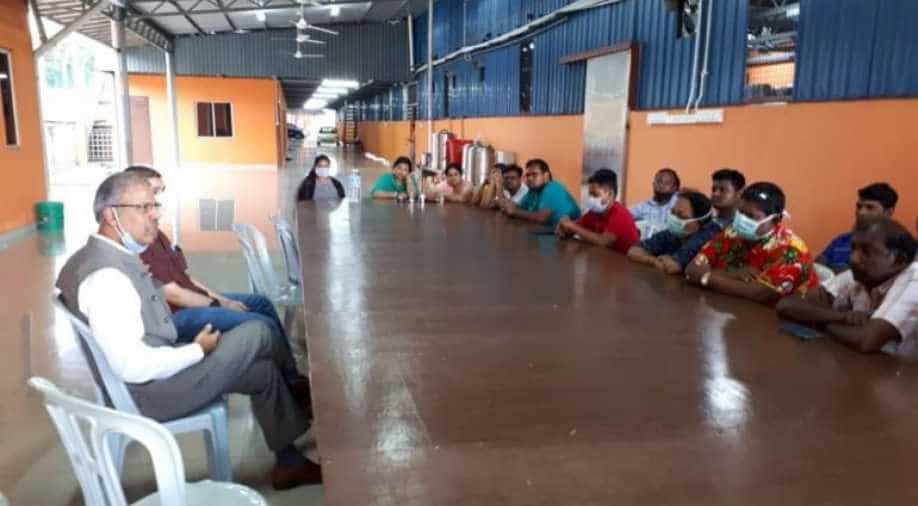 India plans to get some medical equipment from Malaysia, among other countries.

The Malaysian government has requested hydroxychloroquine from India to deal with COVID even as New Delhi gets the request from 30 countries for the drug. Hydroxychloroquine or HCQ is being called as a game-changer drug in the fight against COVID.

India has got a request for HCQ from US, Brazil, Gulf, Europe and now from South East Asia. Hydroxychloroquine or HCQ is banned from being exported but India will give licensed quantities. Earlier in the week, the ministry of external affairs said the neighbourhood will be India's priority in giving licenced Hydroxychloroquine and then to countries "badly" impacted by it. As far as the order which are is already given by countries--like the US, the "export commitments" can be allowed.

India plans to get some medical equipment from Malaysia, among other countries. New Delhi will get 2 lac personal protection equipment PPE kits (which includes N95 masks) from a company from Malaysia's neighbour Singapore from 11th April. India had placed an order of 80 lakh PPE to the Singapore company.

Meanwhile, India has got over a thousand Indians nationals back from home and the Indian mission in Kuala Lumpur is in touch with Indians still stranded in Malaysia. The Indian high commissioner to Malaysia Mridul Kumar had met the Indian tourist stranded in the South East Asian country.113 Indias stranded in transit in Malaysia due to travel restrictions were sent back last month to India.

The mission has arranged accommodation, food and medicines for Indians with assistance from local partners and requested its nationals to respect the movement restrictions announced by the Malaysian Govt.

India Malaysia ties which had suffered a set back during the tenure of Former Malaysian PM Mahathir Mohamad, which had raked up Kashmir and India's Citizenship Amendment Law many times drawing the wrath of New Delhi.

Things look optimistic under the new Malaysian leadership of Muhyiddin Yassin. Last month, the new Malaysian Foreign Minister Hishammuddin Hussein had met the Indian envoy and in a tweet said, "Malaysia and India’s relationship must be nurtured and consolidated to ensure we explore a new chapter together, looking forward to stronger ties for our mutual benefit."