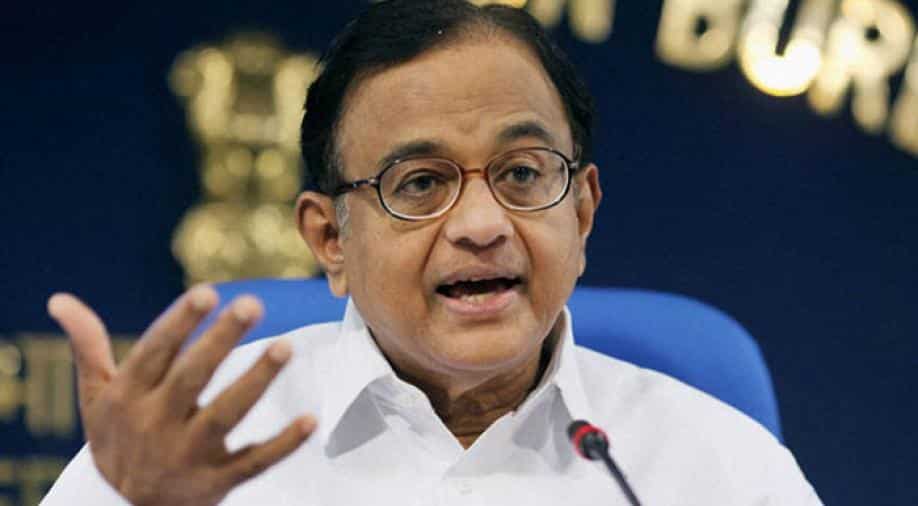 When the petitions by Chidambaram's wife Nalini, his son Karti and daughter-in-law Srinidhi came up, a division bench of justices S Manikumar and Subramania Prasad said no case was made out

The Madras High Court on Friday quashed an order passed by the Income Tax department sanctioning criminal prosecution against the family members of former Union minister P Chidambaram in a black money case.

When the petitions by Chidambaram's wife Nalini, his son Karti and daughter-in-law Srinidhi came up, a division bench of justices S Manikumar and Subramania Prasad said no case was made out and quashed the criminal prosecution.

The writ petitions were filed challenging the criminal prosecution initiated by the I-T Department against them.

On October 12, the high court had extended the interim order dispensing with the appearance of Chidambaram's family members before a special court here till Friday, in the case of 'non-disclosure' of foreign assets filed against them by the I-T Department.

The issue pertains to alleged non-disclosure of overseas assets and bank accounts held by the three.

According to the I-T Department, the three had failed to disclose a property they jointly own in Cambridge in the UK, worth Rs 5.37 crore, which amounted to an offence under the Black Money (Undisclosed Foreign Income and Assets) and Imposition of Tax Act.

The department has also alleged that Karti Chidambaram had failed to disclose an overseas bank account he holds with Metro Bank in the UK and investments he had made in Nano Holdings LLC, USA.

He had also "failed" to disclose investments made by Chess Global Advisory, a company co-owned by him, which amounts to an offence under the Black Money Act, the department said in its complaint filed in the special court in May.

Assailing the prosecution, the three had approached the high court. As a single judge bench refused any relief, they moved an appeal.
On June 27, the first bench headed by then Chief Justice Indira Banerjee reserved its order on the appeal.

However, as Justice Banerjee was later elevated to the Supreme Court, orders could not be pronounced.

The appeal was then referred to the bench headed by Justice Manikumar for fresh hearing.

During the hearing by Justice Banerjee, counsel for the appellants had contended that prima facie no offence can be made out against them under the Black Money Act, which deals with undisclosed income raised from foreign assets.