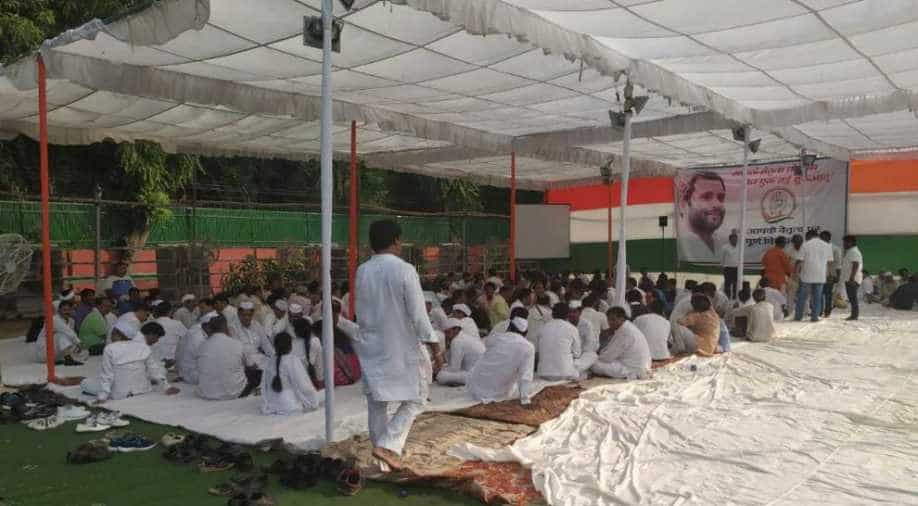 Many junior leaders wanted to erect a podium and give speeches but at the last minute, they decided against it. Photograph:( WION )

The indefinite sit-in is staged to create pressure on Congress president Rahul Gandhi to rescind his decision to resign from the post of party president.

The indefinite sit-in which was organised by several Congress party leaders urging Rahul Gandhi to take back his resignation ended peacefully on Tuesday evening.

Not more than 300 people gathered outside party headquarters when the sit-in started earlier in the day.

The number reduced to odd 150 people by evening. Through the day, not a single senior Congress leader came to express solidarity with junior AICC functionaries.

The indefinite sit-in has been staged to create pressure on Rahul Gandhi to rescind his decision to resign from the post of Congress president after the party's abysmal performance in the 17th Lok Sabha elections.

Junior AICC functionaries who have come for sit-in have refrained from giving speeches.

Not a single senior leader has come in for the event. Most of the leaders at the sit-in were appointed by Rahul Gandhi in the Congress during his tenure. 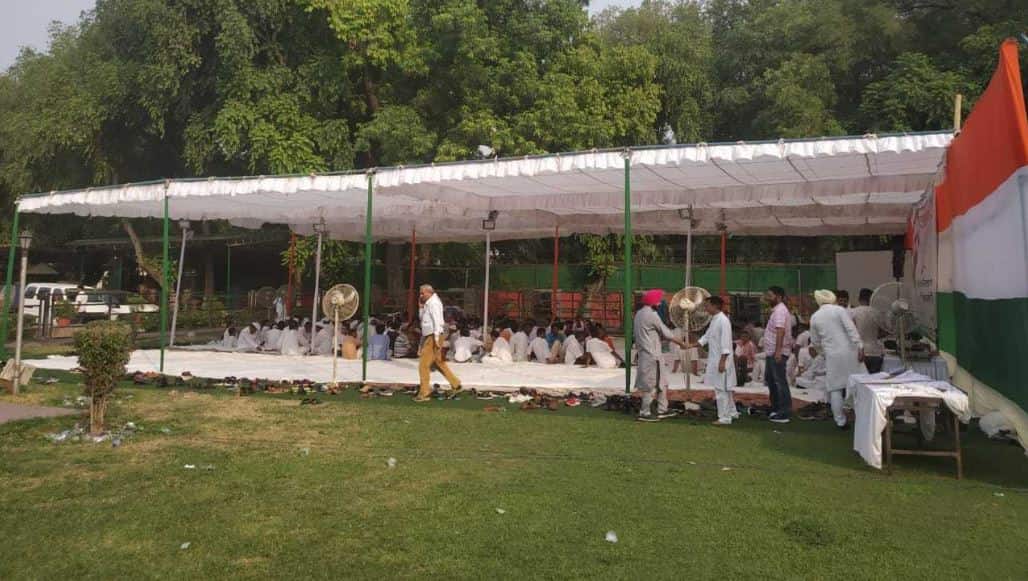 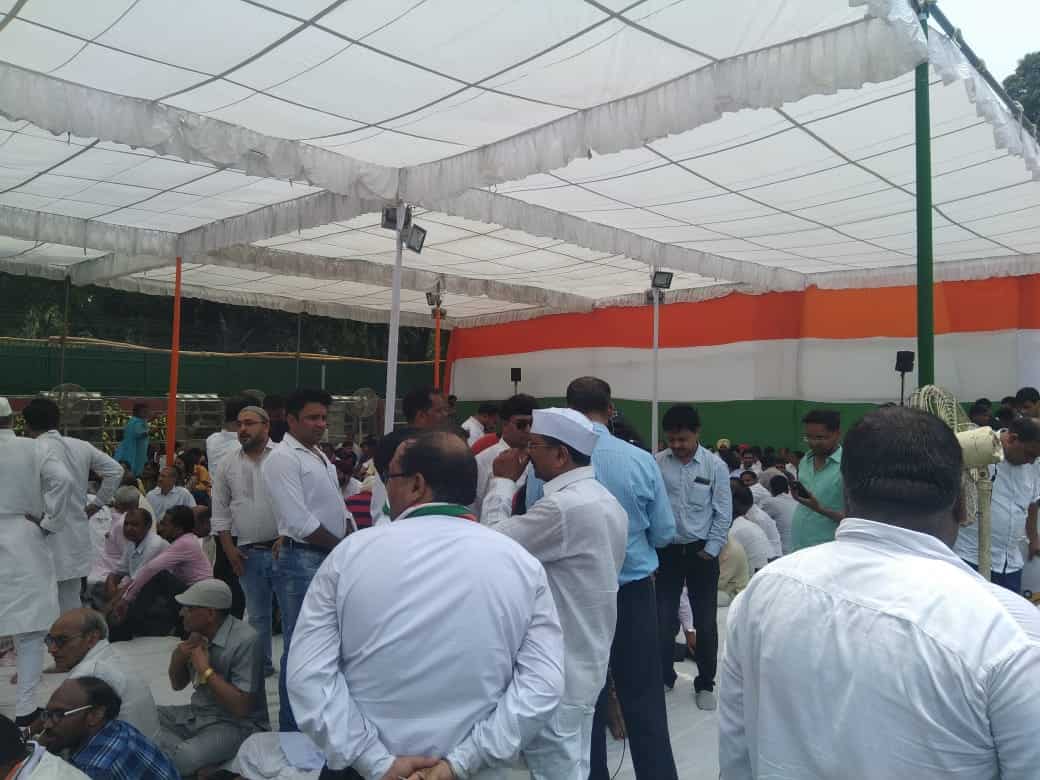 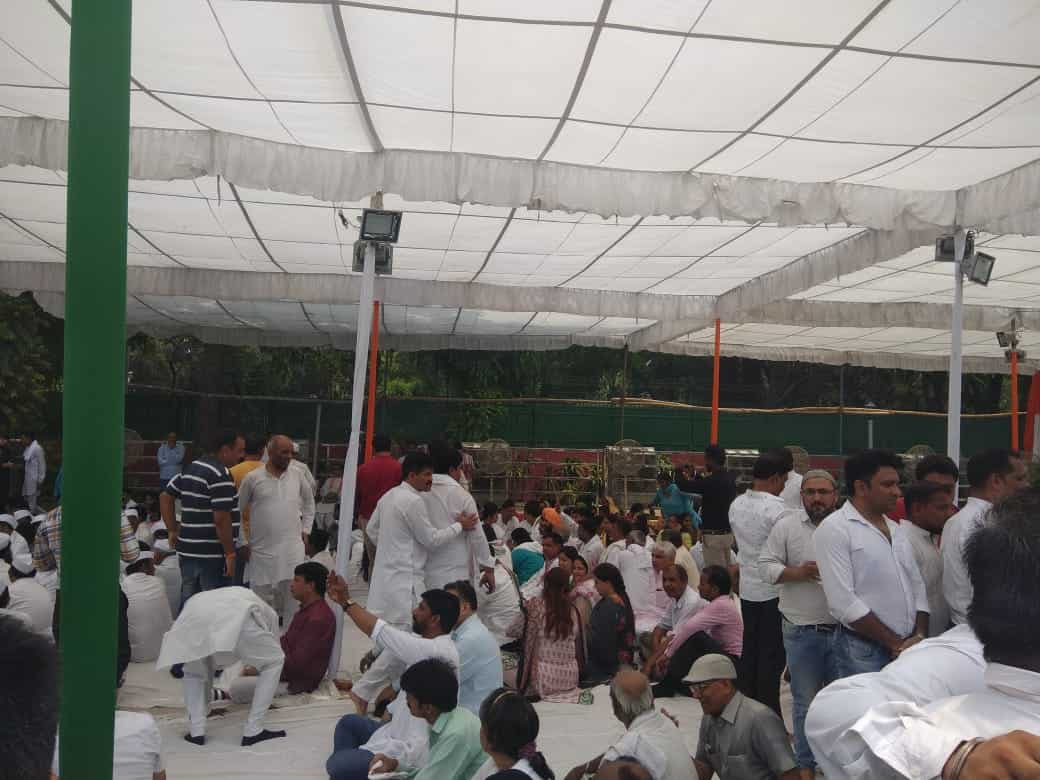 WION spoke to Virendra Vashisht, one of the AICC secretaries who put in his papers.

"We want Rahul Gandhi to take back his decision. We will wait but the sit-in is not directed against any senior leader," Vashisht said.

The sit-in internally has drawn ire of the senior leaders who feel that it is unnecessarily creating more embarrassment for the already beleaguered party.

Many junior leaders wanted to erect a podium and give speeches but at the last minute, they decided against it. The tag line for the protest is "Satyagraha mein Agrha."

The event is going to last through the day. There is also no clarity on the matter whether junior leaders with such small numbers will be able to carry it for a few days.

The official rung of the party is upset and deeply divided over this protest.