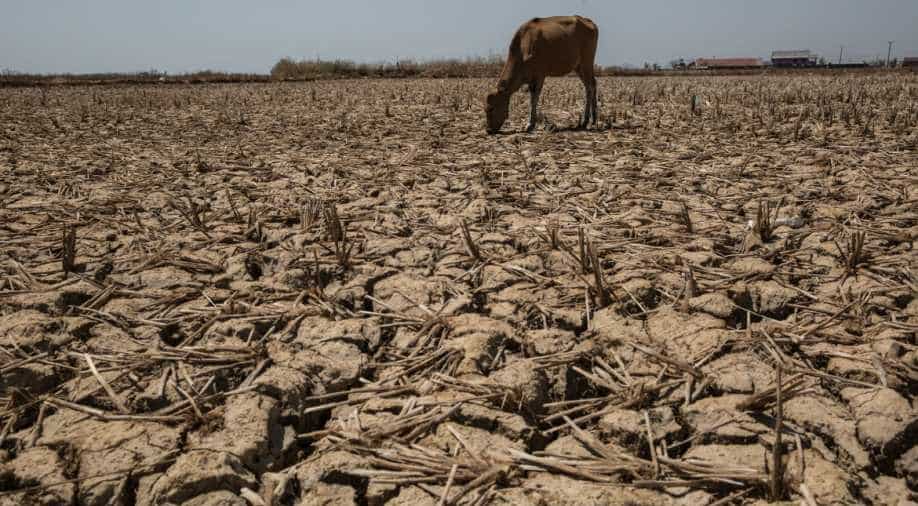 Representative photo-Northern and central India continue to suffer through severe drought and heat. Police are reporting a rise in violent and deadly clashes over water in the drought hit regions. Photograph:( Getty )

Another farmer claimed that the water crisis in the region was triggered by the construction of a dam.

Less rainfall in East Vidarbha region has made it difficult for paddy farmers as they do not have much water to irrigate their crops.

Speaking to ANI, Popesh Shankar, a paddy farmer, said that he has sown crop during few rainy days in the beginning but later the area did not witness rain.

"We have sown paddy during the first few showers of rain of the season but there hasn't been rain after that. The government is not doing much to help farmers. Won't hesitate to say it has brought farmers to the brink of death," he said.

"I have sown paddy in 11 acres and spent Rs 80,000. Now, there is no rain and crop will be damaged," added Ram Prasad, another farmer.

Another farmer claimed that the water crisis in the region was triggered by the construction of a dam.

"The paddy crop in East Vidarbha does not depend on rainwater much but on dam water. But, the problem started after another dam was constructed," he said.

The India Meteorological Department (IMD) has said light spells of rain are expected in the region over the next three days.