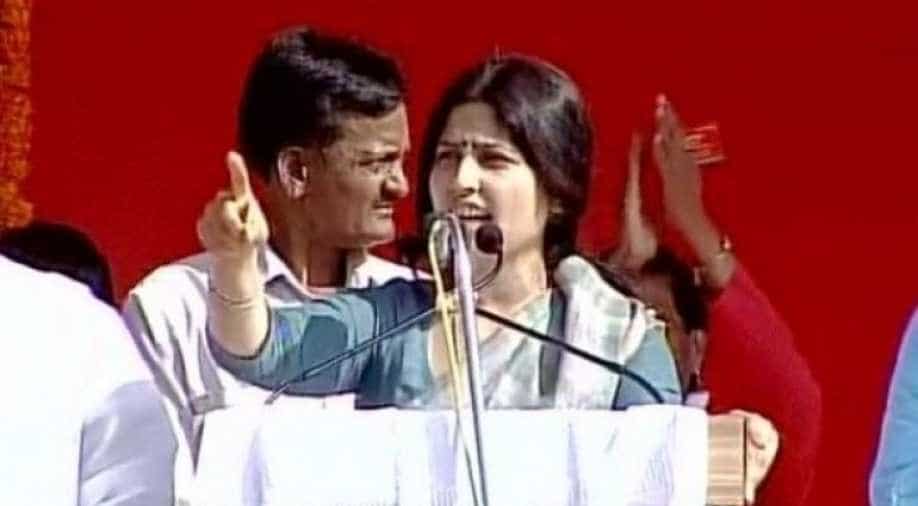 Earlier in the day, the party released its first list of six candidates for the polls.

On the International Women’s Day, the Samajwadi Party on Friday announced the candidature of three women, including party chief Akhilesh Yadav’s wife Dimple Yadav, for the upcoming Lok Sabha polls from Uttar Pradesh.

Dimple Yadav will contest from Kannauj constituency, from where the 41-year-old has already been elected twice -- in 2012 by-polls and 2014 general elections.

Purvi Verma has been fielded from Khiri constituency and Usha Verma from Hardoi, according a press statement issued by the party.

Earlier in the day, the party released its first list of six candidates for the polls.

According to that list, party founder Mulayam Singh Yadav will contest from Mainpuri constituency, his nephew Dharmendra Yadav from Badaun and cousin Ram Gopal Yadav's son Akshay Yadav from Firozabad.

Besides Dimple, Mulayam had won from Azamgarh, Dharmendra Yadav from Badaun, Akshay Yadav from Firozabad and Tej Pratap Yadav from Mainpuri.

According to the list, Kamlesh Katheria will contest the Etawah reserved seat, Bhailal Kol has been fielded on Robertsganj reserved seat, and Shabbir Balmiki from Bahraich.