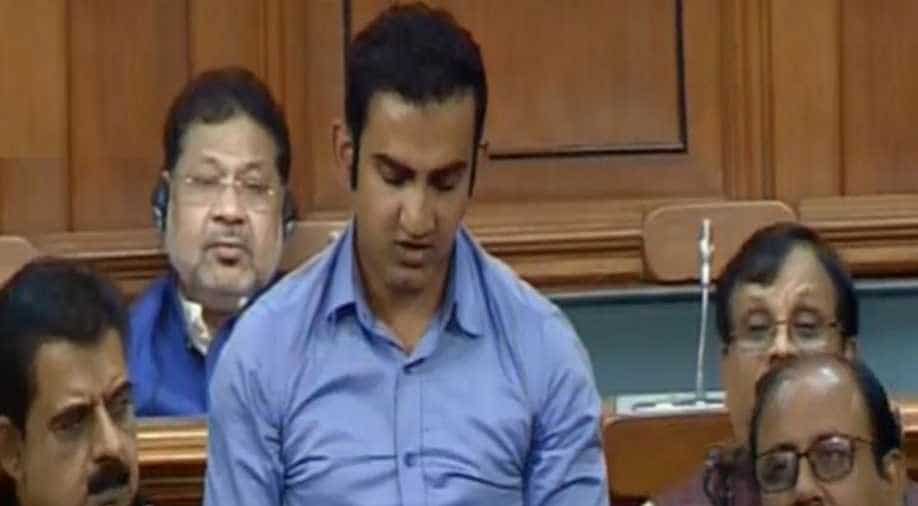 The Lok Sabha Speaker today expressed displeasure over the absence of Parliament officers and staff during important discussions or sittings in the House.

Lok Sabha Speaker Om Birla on Tuesday extended the day's proceedings of the Lower House of the Parliament by half-an-hour over the debate on air pollution.

The Lok Sabha Speaker today expressed displeasure over the absence of Parliament officers and staff during important discussions or sittings in the House. He has also issued a notice to them asking for a reply.

Speaking in the Lok Sabha, Bharatiya Janata Party (BJP) MP Gautam Gambhir said, "The topic of discussion is something that affects everyone irrespective of our caste, creed, age and religion. It's affecting us while we stand and talk about it in Parliament. It's high time we stop politicising this issue."

"The state is that of a climate emergency - Delhi is the worst affected. The state can no longer get away with gimmick like Odd-Even and banning construction sites. We need long term sustainable solutions and stop the blame game. It's time to own up and act responsibly," he added.

On the issue of stubble burning, Gambhir said, "We have to devise a strategy for representatives of various states to work together to solve this crisis. Merely penalizing farmers for burning their crops will not be enough. We have to start exploring innovative ways."

BJP MPs Ramesh Bidhuri and Hans Raj Hans did not attend the debate over air pollution in the Lok Sabha, while Union Minister and MP Harsh Vardhan was speaking in the Rajya Sabha on the Surrogacy (Regulation) Bill, 2019.

During the debate, BJP MP Parvesh Sahib Singh Verma slammed Delhi Chief Minister Arvind Kejriwal and said that all that he has given to Delhi for free is pollution.

"Aaj jo usne (Delhi Chief Minister) Delhi ko diya hai ki 5 saal pehle akela Delhi Chief Minister khaasta tha, aaj poori Dilli khaas rahi hai. All he has given to Delhi for free is pollution," he added.
After days of 'severe' and 'very poor' air quality, Delhi and its nearby areas witnessed a change with AQI improving to the 'poor' category on Tuesday.