Labelling of journalists has emerged as 'favourite tactic': Editors Guild 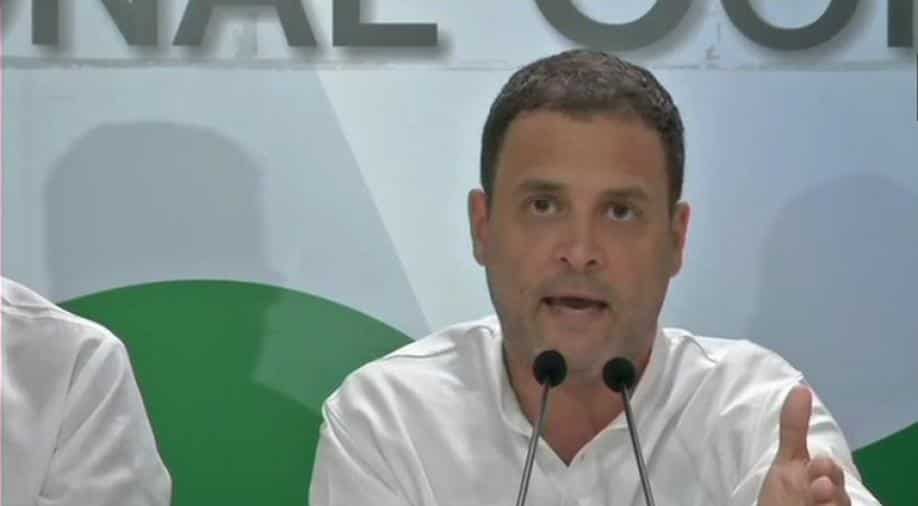 The statement was issued after much debate among the Guild's executive committee members.

The Editors Guild of India on Thursday said it believes journalists should claim no immunity from healthy and civilised criticism, but at the same time their labelling has emerged as a "favourite tactic" on the part of the establishment to discredit, delegitimise and intimidate them.

"We have seen our political class use this for some time now. In the recent past, top BJP leaders, as well as those of AAP, have used unambiguously abusive expressions such as 'presstitute', news-traders, 'bazaaru' (saleable commodities) or 'dalals' (pimps) for journalists," the Guild said in a statement.

It said it has "noted with concern" the words used by Congress President Rahul Gandhi in his criticism of the journalist who interviewed Prime Minister Narendra Modi this week.

The statement was issued after much debate among the Guild's executive committee members. Some of the members were opposed to the issuance of such a statement maintaining that Gandhi's remarks did not tantamount to attack on freedom of expression or a threat.

Earlier in the day, Finance Minister Arun Jaitley tweeted: "The Grandson of the 'Emergency dictator' displays his real DNA -- attacks and intimidates an independent Editor."

"Why are the pseudo-liberals silent? Waiting for the Editors guild's response," he said.

The Guild statement also talked about "reprehensible strategy to throttle media freedoms" through ploys such as boycotts, denial of access and lately government accreditation.

"This must be reversed. Journalists, we believe, will continue to deal with these with their usual thick skins and not let these tactics intimidate them. The Guild, as an apex, non-partisan institution, however, takes strong exception to this tendency and calls for its halt," it said.