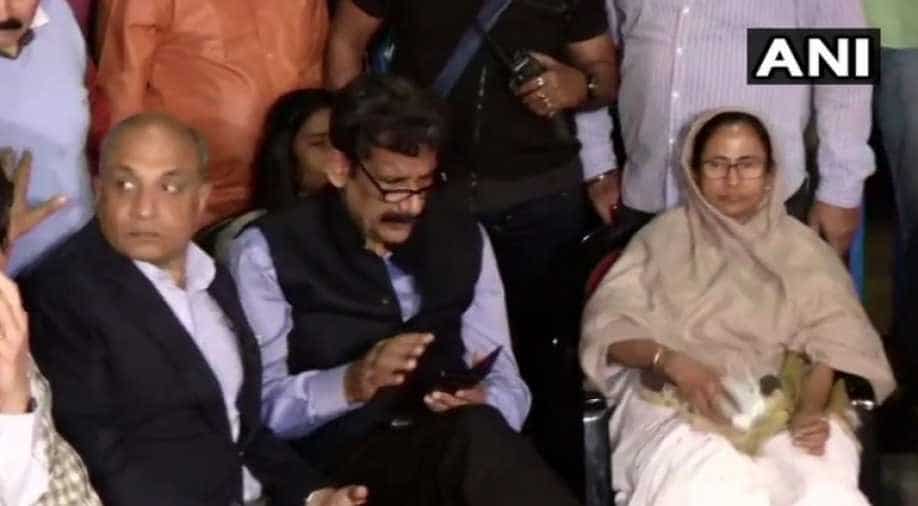 The contents of the report are not yet known.

West Bengal Governor KN Tripathi has submitted a report to Union Home Minister Rajnath Singh on the situation that unfolded in the city after a CBI team was allegedly obstructed by the police from questioning Kolkata Police chief Rajeev Kumar in the Saradha scam, Raj Bhavan sources said Monday.

The contents of the report was, however, not immediately known.

"The governor has submitted his report to the MHA (Ministry of Home Affairs). Today in the morning he spoke to Union Home Minister Rajanth Singh," sources told PTI.

The report was prepared by combining the report of the Special Investigation Branch and the reports submitted to the governor by the state chief secretary and the home secretary late Sunday night, the sources said.

In an unprecedented development, a number of CBI officers, who had gone to question Rajeev Kumar in connection with chit fund scam cases, were bundled into police jeeps, whisked to a police station and briefly detained on Sunday.

Hours after the incident, West Bengal chief minister Mamata Banerjee began a sit-in right in front of the Metro Cinema to protest "insults" she faced at the hands of Prime Minister Narendra Modi and BJP chief Amit Shah and claimed the CBI knocked on the doors of Kumar without a search warrant.

West Bengal CM Mamata Banerjee: Our satyagraha is not against any agency, it is against Modi government's atrocities. pic.twitter.com/s8bUhp6BcC

Union Minister Ravi Shankar Prasad: What is happening? A Police Commissioner is sitting on a dharna with politicians? What is the meaning of this? By sitting on dharna West Bengal CM is following the footsteps of Arvind Kejriwal pic.twitter.com/QOwmBbqqbh

Tripathi had last night summoned the state chief secretary and state director general of police and asked them to take immediate action to resolve the situation.

Rajnath Singh had called up the governor to know the facts of the "unfortunate and unprecedented situation of CBI officers being manhandled, detained, intimidated and obstructed", the officials said.

The home ministry on Sunday evening received information that CBI officers in Kolkata had experienced "intimidation and threat to personal safety in course of investigation into the Saradha scam being conducted under the directions of the Supreme Court", they said.

The ministry has deployed central forces at the CBI office and residential premises of the probe agency officials in the state and it is now "closely monitoring the situation", they said.

According to the CBI, IPS officer Rajeev Kumar, who led a Special Investigation Team of the West Bengal Police probing the ponzi scams, needs to be questioned regarding missing documents and files but he has not responded to notices to appear before the agency.

Kumar, a 1989-batch IPS officer of West Bengal cadre, did not even attend a meeting with Election Commission officials who had gone to Kolkata to review election preparedness.