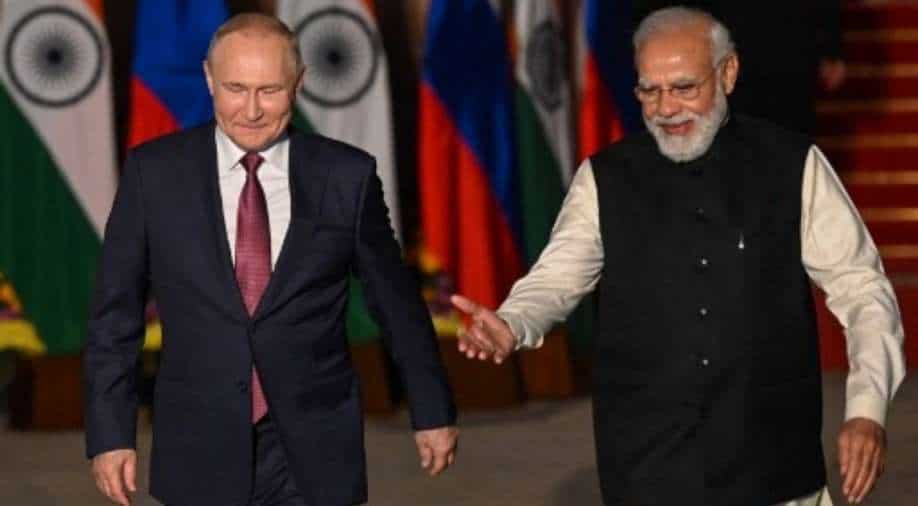 PM Modi hosted the Russian President at Hyderabad House in the Indian capital Delhi for the 21st annual India-Russia Summit, which is the first in-person meeting between them since they met on the sidelines of the BRICS summit in 2019 in Brasilia.

The substantive visit has been crucial for both the nations as 28 agreements were concluded between India and Russia and the leaders discussed a range of issues such as defence, military cooperation, trade, investment, environment, cross-border terrorism, etc.

During the post-summit press conference, the foreign secretary said that the fact that President Putin decided to visit India for the annual summit is an indication of the importance he attaches to the bilateral relationship and his personal rapport with PM Modi.

Harsh Vardhan Shringla listed the key issues that have been discussed during the summit:

As PM Modi mentioned that the strategic partnership between the two nations is not impacted by the challenges posed by the coronavirus (COVID-19) pandemic.

During the summit, both leaders discussed the need for mutual recognition of vaccine certification to enable easier travel between India and Russia.

Shringla mentioned that both sides stressed the need to fight cross-border terrorism. A wide range of talks took place and Lashkar-e-Taiba was discussed specifically.

Shringla said that on trade and investment, some specific plans have been discussed, including long-term corporation in the areas of inland waterways, fertilizers, coking coals, steel, skilled manpower. Coking coals emerged as an important area of the corporation.

Russia has begun deliveries of its long-range S-400 ground-to-air missile defence system — which has prompted threats of US sanctions.

"Supplies have begun this month and will continue to happen," Shringla said, adding that with regard to the CAATSA issue didn't come up during the talks.

While raising the issue of terrorism, Putin said, "We're concerned about everything that has to do with terrorism. Fight against terrorism is also a fight against drug trafficking and organised crime."

Speaking in the same context, Putin said that Russia is concerned about the developments of the situation in Afghanistan.

Shringla mentioned that the issue of the legitimacy of the Taliban government was not discussed.

Shringla said that both nations are looking forward to intensifying cultural cooperation. He said, "There're apparently 15 million Buddhists in Russia. This community is keen on looking at India for pilgrimage and other areas of interest. So the cultural cooperation is also important for both countries."

During the summit, an agreement was reached for academic collaboration between the University of Delhi and Skoltech University, Moscow to promote capacity building and expertise in scientific areas and is aimed at developing programs and exchanges for national technological development.

An agreement has been reached between both nations on technology protection due to cooperation in the field of research and use of outer space for peaceful purposes and the building and operation of launch vehicles and ground-based space infrastructure.

A cooperation agreement has been reached between the Reserve Bank of India and the Bank of Russia in the field of responding to cyber attacks.