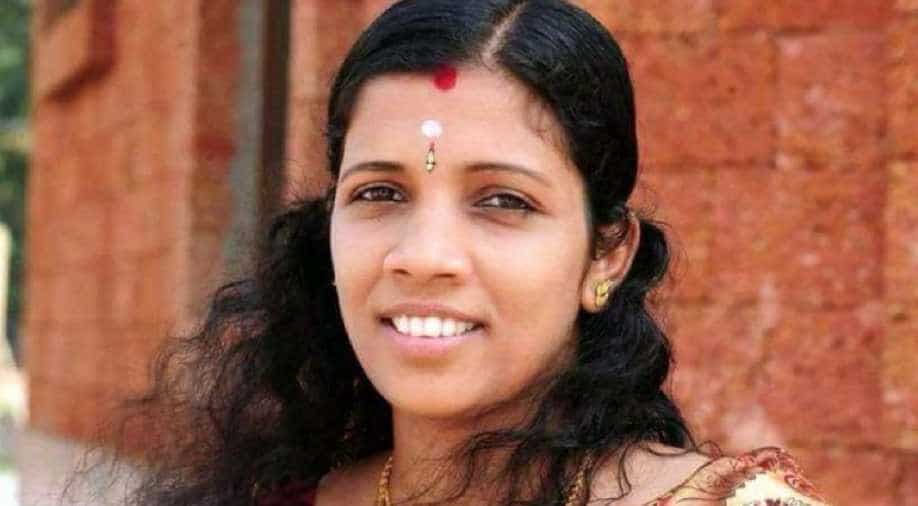 Extending a helping hand to the family of nurse Lini Puthussery, who died after contracting Nipah from her patients, the Kerala government today decided to give a government job to her husband and Rs 10 lakh each to two of their children.

A decision in this regard was taken at a Cabinet meeting chaired by Chief Minister Pinarayi Vijayan here.

Sajeesh, Lini's husband, will be offered a government job based on his qualifications.

Their two children, aged five and two, will be given Rs 10 lakh each from the chief minister's relief fund, a government press release said.

The government also decided to give Rs 5 lakh each to the next of kin of the nine others who have lost their lives to Nipah.

Lini, who was working in the Perambra Taluk hospital, had contracted the deadly virus from her patients who had sought treatment at the hospital in the initial days.

Sajeesh, who was working in Bahrain, had rushed to Perambra on hearing about her illness, two days before her death.

Lini, who was aware of the seriousness of her illness, had scribbled an emotional last letter to Sajeesh saying, "I am almost on the way. I do not think I can meet you. You should look after our children well," which had gone viral in the social media.

As Sajeesh struggles to come to terms with the loss, he gathered himself to thank the government for this gesture.

Three patients of a family from Soopykada village in Permabra had been initially admitted at the Perambra taluk hospital for treatment, where Lini was a nurse.

The government also decided to provide Rs 5 lakh each to the next of kin who died of Nipah virus.

The virus has so far claimed 10 lives in Kozhikode and Malappuram districts.

Two more persons who died of high fever are suspected to have contracted the virus.