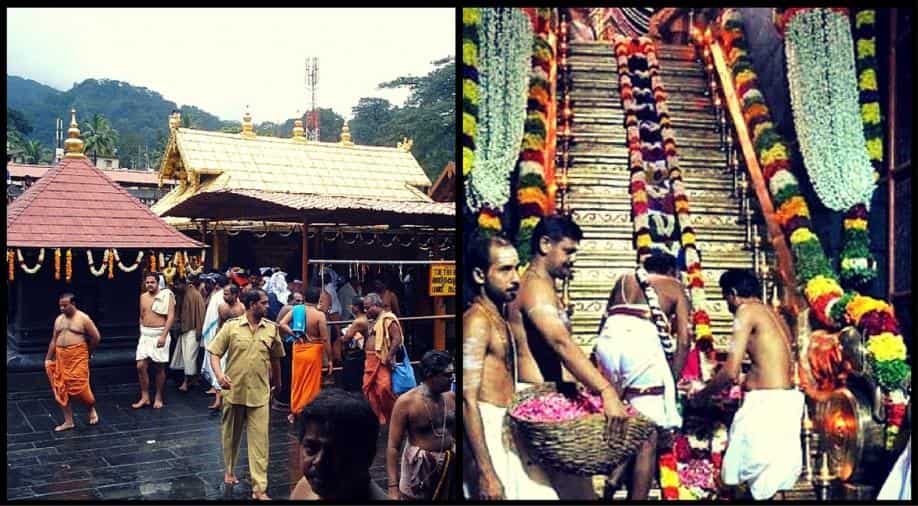 Places around the globe where women are banned Photograph:( DNA )

Scores of devotees, including a large number of women and children, took to the streets of the state capital and chanted slogans, a week ahead of the temple`s opening for the monthly rituals.

Supporters and activists of the Akhil Hindu Parishad on Sunday took to the streets of Thiruvananthapuram to demand an ordinance in the Kerala Legislative Assembly against the Supreme Court verdict that removed the ban on entry of women aged between 10-50 years into the temple.

Scores of devotees, including a large number of women and children, took to the streets of the state capital and chanted slogans, a week ahead of the temple`s opening for the monthly rituals.

A similar protest also took place in Tamil Nadu's Chennai, where devotees of Lord Ayyappa took out a march to protest against the top court`s verdict.

On September 28, the Supreme Court removed an age-old ban that prevented women between 10 and 50 from the entering the Sabarimala templePronouncing the order, former Chief Justice of India (CJI) Dipak Misra said that the ban blatantly violated the constitutional principles that the country stood for.

He also said that the women, like their male counterparts, have every right to enter the temple and cannot be the victim of gender discrimination.

While many, including the Kerala state government, welcomed the decision, a large number of devotees have organised protests, demanding retention of the age-old tradition.

Shiv Sena's Kerala unit on Saturday warned that their women activists will commit suicide if any young woman tries to enter the shrine.

A member of the Shiv Sena Kerala unit, Peringammala Aji, told ANI that their women squad will gather near the Pamba River on October 17 and 18 as part of their so-called "suicide group."

The Sabarimala temple, located in Kerala`s Pathanamthitta district, is dedicated to the Hindu deity Ayyappan.

The temple management considers the deity to be eternal celibate, citing which women of menstruating ages were barred from entering the temple.