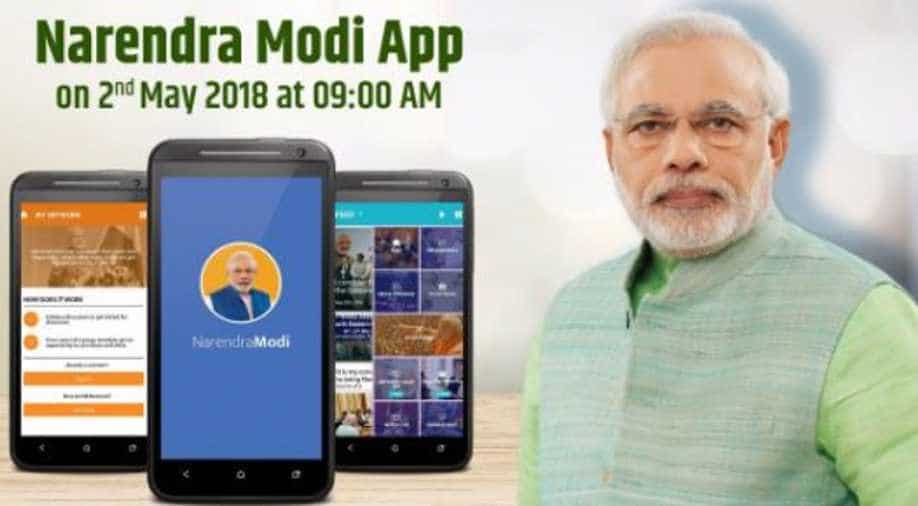 PM Modi had addressed three election rallies in Karnataka on Tuesday in Mysuru, Udupi and Belagavi.

A day after opening his Karnataka election campaign, PM Narendra Modi today addressed the farmers in the state via the Namo App.

"The current government does not care about farmers," he said during the live streaming.

During the live interaction with a moderator, the PM said: "We work for the betterment of farmers, adding,"farmers income will double in 2022."

We have increased Minimum Support Price (MSP) for notified crops to at least 1.5 times that of the production cost : PM Modi while addressing Kisan Morcha Karyakartas of Karnataka. #KarnatakaElections2018 pic.twitter.com/iEZ9ZTHojn

"From sowing seeds to selling products, we are with farmers," the PM said.

"Coordination is must between farmers, nature and government," he added. The prime minister said the government is ready to extend all help to farmers.

"Our aim is to empower farmers," PM Modi said during the interaction with the moderator.

On the recent Budget presented by the NDA government, the PM said: "BJP budget is pro-farmer, farmers always thrive under BJP."

Due to the apathy of Karnataka govt, farmers in the state have not got the benefit of 'Fasal Bima Yojna'. A sensitive govt, which works for the development of farmers is needed in Karnataka: PM Modi while addressing Kisan Morcha Karyakartas of Karnataka. #KarnatakaElections2018 pic.twitter.com/jyZErdJegY

"The government allocated 11 lakh crore for farmers in the Budget," he said.

"Around 1 crore soil health cards were issued in Karnataka," he added.

On Tuesday, PM Modi had addressed three election rallies in Karnataka in Mysuru, Udupi and Belagavi.

In his opening address at Senthemarahalli village in Chamarajanagar district, Modi had attacked the Siddaramaiah-led Congress government bringing up local issues like power and water supply.

The PM attacked Congress president Rahul Gandhi challenging him to speak for 15 minutes on Karnataka's development without reading from any piece of paper.