Karnataka Assembly elections to be held on May 12, results on May 15 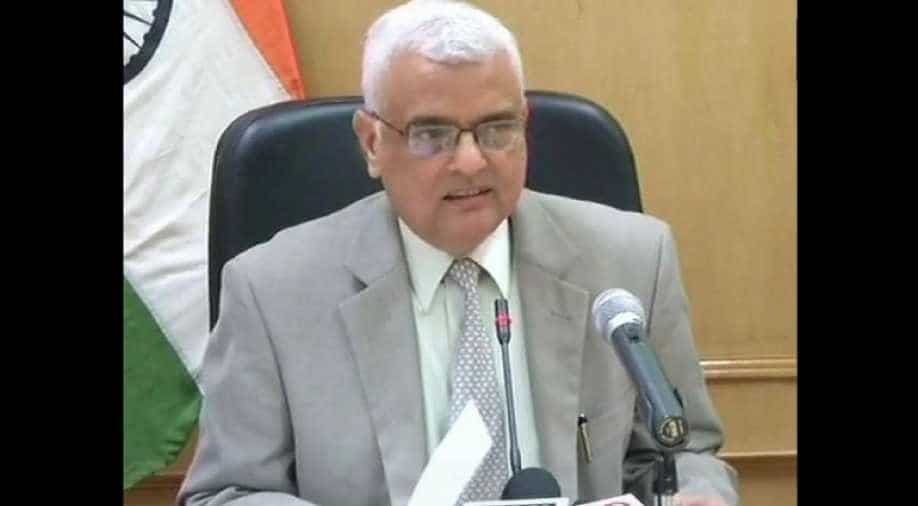 The Election Commission of India on Tuesday announced the Assembly election dates for Karnataka.

Elections in Karnataka will be held on May 12 in single phase.

Addressing the media in New Delhi, Chief Election Commissioner OP Rawat said that the Model Code of Conduct has kicked in from today (March 26).

"Model Code of Conduct for the elections will come into effect immediately. The eco-friendly material should be used for all propaganda exercise. Use of loudspeakers will be regulated so that people can sleep at night. Loudspeakers won't be allowed from 10 pm to 6 am," said CEC Om Prakash Rawat.

Rawat further said that counting of votes and results for the state will be declared on May 15.

The election will be held to elect members of the 224 constituencies in the Congress-ruled state. Chief Election Commissioner OP Rawat said that the total number of electorate in Karnataka is 4.96 crores.

"Total number of polling stations in the state is 56,696 which is an increase of 9 percent from last Assembly elections," Rawat said.

In February, the chief electoral officer had announced that nearly 60 lakh people have enrolled as new voters across Karnataka ahead of the 15th Assembly elections, due in early May.

"The number of new voters across the state has increased by 60 lakh, taking the total number of the electorate to 4.96 crore as per the tentative electoral rolls as against 4.36 crore voters in 2013 Assembly elections," state Chief Electoral Officer (CEO) Sanjiv Kumar said.

According to the tentative electoral rolls, the number of male voters is 2.51 crore and female voters 2.44 crore. The tenure of Karnataka Assembly ends in May 2018.

While the ruling Congress Party is trying to retain power in Karnataka, the Bharatiya Janata Party (BJP) is leaving no stone unturned to seize the southern state.

In the run-up to the polls, extensive campaigning has been witnessed by both aforementioned parties, as both Congress and BJP frontrunners have been making numerous visits to the state to garner support for their respective parties.