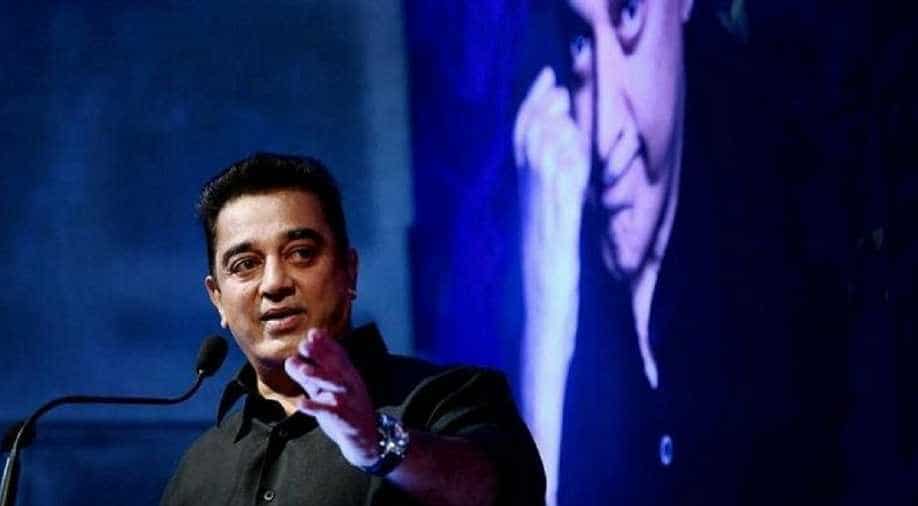 In a video message, the actor-turned-politician said that there was no use in plate banging when migrant workers were starving to death and frontline Covid-19 fighters such as medical staff and police are battling it out.

Kamal Haasan alleged that there was a contrast in the Covid-19 data being shared by the Tamil Nadu government, during a video conference with journalists. However, he refused to take many questions about his allegations, possible testing strategies or elaborate on his ‘Naame Theervu’ (We are the solution) initiative that is aimed at changing Chennai into a green Zone from its current Red Zone status.

In a video message, the actor-turned-politician said that there was no use in plate banging when migrant workers were starving to death and frontline Covid-19 fighters such as medical staff and police are battling it out. Adding that he was furious with rage, he said, “this is not the time for criticism or petty politics. We need strong and measured actions, Chennai is our healthcare capital, don’t let it become a Corona capital”.

The ‘Naame Theervu’ (we are the solution) campaign launched by him calls forth an army of volunteers(irrespective of their differences and political affiliation) to join in for activities ranging from donating to delivering relief materials to the needy. He was the first to register for his party’s campaign via a phone call to 6369811111.

A statement from his party says that “When each fo us saves one person, no one will be left behind. People are the solution to those who need medical assistance, safety equipment, sanitizers, food and rations. Sanitiser dispensers will be kept at places where people gather frequently, masks will be distributed as well. We need the participation and contribution of volunteers to take this forward.”

During the video conference with journalists, Haasan stated that some states such as Kerala, Karnataka and Odisha had seen partial victory in the battle against Corona while accepting that it seems like it (Corona wave) would keep recurring. He added that no government could fight corona alone and emphasized the need for people and volunteers to pitch in.

Adding that he was not saying this for politic mileage, the actor-turned-politician said, “There is no transparency in what they(State government) are saying, we are not able to see the numbers. The numbers shared by the government and the numbers on the street are contrasting. We are concerned about the Chennai situation and doing our best about it”.

However, the actor or his team did not respond to journalists questions on whether this campaign would be extended to Chennai’s neighbouring districts (Tiruvallur, Kanchipuram, Chengalpattu) which are also badly affected.

When questioned about comparing the Covid-19 situation in Tamil Nadu and Kerala(a relatively smaller state with lesser population and population density), there was no response.

WION asked if Kamal Haasan had discussed with his panel of medical experts regarding the possibility of Pooled testing and suggested any strategy in this regard to the government, there was no response and the video conference was ended stating a paucity of time. Questions sent to his PR team seeking a response also went unheeded.