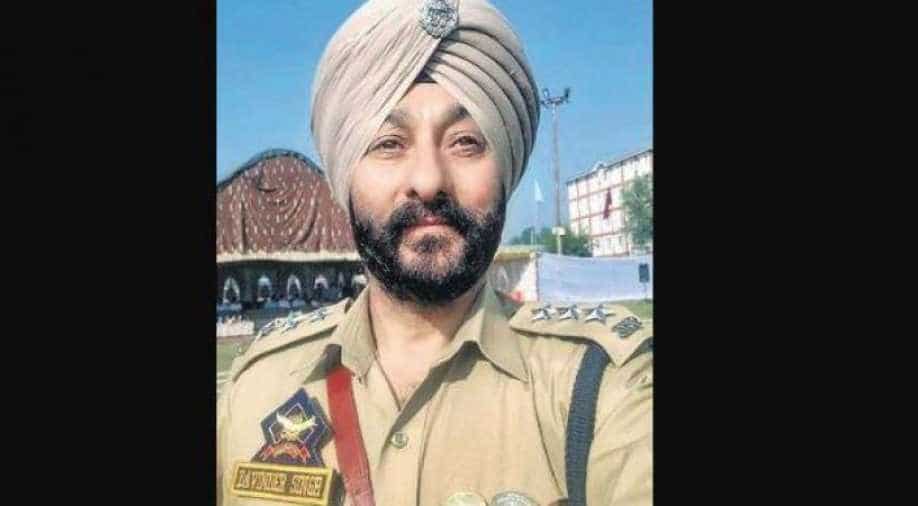 Singh has been chargesheeted by the NIA for providing support to banned terror group Hizbul Mujahideen.

Suspended Deputy Superintendent of Jammu and Kashmir Police Devender Singh, who was arrested and chargsheeted over his links with terrorists in January this year, was tasked by his Pakistani bosses with establishing a "contact" in the Ministry of External Affairs for carrying out espionage activities.

Singh has been chargesheeted by the NIA for providing support to banned terror group Hizbul Mujahideen.

Singh, then posted as Deputy Superintendent of Police at the Anti-Hijacking Squad at the Srinagar International Airport, was arrested along with Naveed Babu and his associate Asif Ahmed Rather by the Jammu and Kashmir police in southern Kulgam district on January 11.

The 3,064-page chargesheet, filed under the Unlawful Activities (Prevention) Act and various sections of the Indian Penal Code against Singh and five others, gave a graphical description of the police officer's involvement in providing shelter to the terrorists of the banned group.

The chargesheet said he had saved the number of his contact at the Pakistan High Commission as 'Pak Bhai' (Pakistani brother).

The contact had been giving him various tasks which included deployment of forces and arrival of VIPs in the Kashmir valley.

After having committed himself to Hizbul Mujahideen, Singh was asked to establish a contact in the Ministry of External Affairs by his Pakistani handler so that espionage activities could be carried out there.

However, Singh was unable to make any headway into the nefarious plan of the Pakistani embassy officials, the NIA officials said.

The chargesheet, filed in the first week of July, has accused Singh and others of allegedly waging "war against India" with the help of Pakistan-based terrorists and members of the country's high commission in Delhi.

Detailing the conspiracy, the NIA alleged that Deputy Superintendent of Police Singh, who is in a jail here, was "in touch with certain officials of Pakistan High Commission in New Delhi through secure social media platforms.

Investigation revealed that he was being groomed by Pakistani officials for obtaining sensitive information.