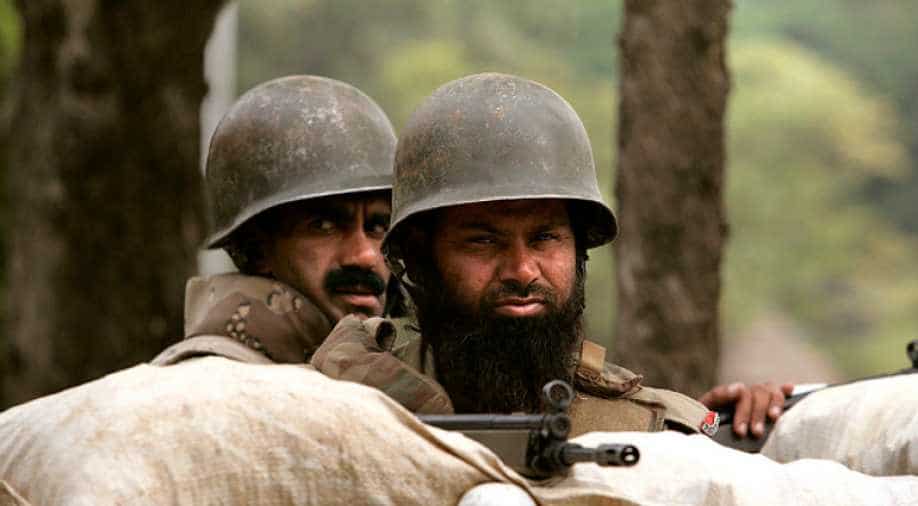 Pakistan and Indian troops exchanged firing on Sunday after the Pakistan army targeted forward posts and villages along the Line of Control (LoC) in Poonch district of Jammu and Kashmir, police said.

The indiscriminate shelling from across the border started in Digwar sector around 7.30 am, prompting strong and effective retaliation by the Indian Army guarding the LoC, a police official said.

No casualties have been reported.

Meanwhile, leader of Opposition in Legislative Assembly Chaudhry Muhammad Yasin also directed to come up with solid measures to protect lives and properties of the population living along the LoC.

The decision came after people were affected by Indian shelling at Kotli, the southern district of Kashmir.

He called for the construction of concrete bunkers alongside every residential house located along the LoC in order to provide safe cover to the people, especially to children and women, against the periodic Indian shelling from across the border, reports said.

He also urged Pakistan and Azad Jammu and Kashmir (AJK) governments to take practical steps for the safety and security of civil population instead of offering ‘mere lip-service’.

Further, he called for “setting up mobile medical units for immediate treatment of injured and special financial package for those who had lost their bread winners due to Indian shelling”.