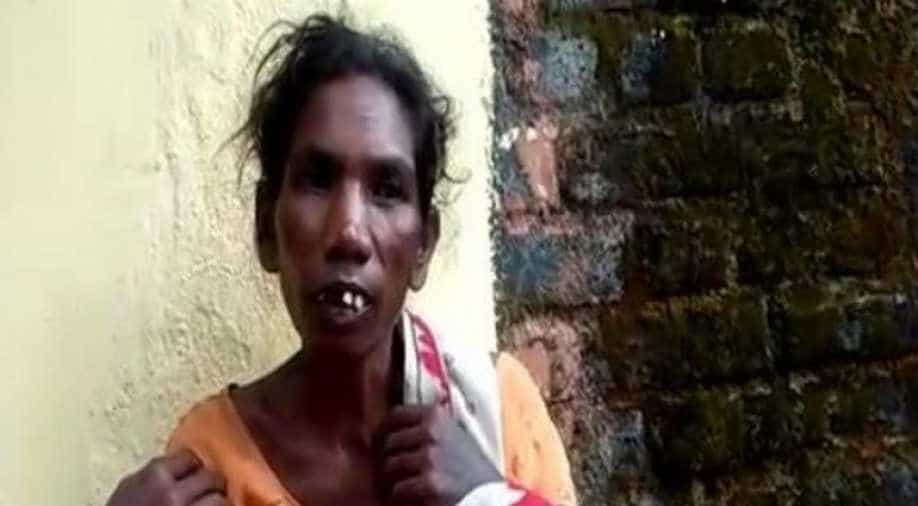 'I have been living in fear, villagers abused me and asked me to leave the village'. Photograph:( ANI )

The mother of the 11-year-old girl, who died allegedly of starvation in Jharkhand's Simdega district a few days back as her family's ration card was not linked to the Aadhar card, has accused the villagers of threatening and abusing her for 'defaming' the village.

Koyli Devi, the mother of the victim, said she was 'living in fear' as the villagers thronged outside her house and abused her family.

"I have been living in fear; villagers abused me and asked me to leave the village. They thronged outside my house and abused me and threatened me as I raised the issue," she told ANI.

Following the threats, Koyli Devi and her family reportedly travelled 8 km from her village to the Patiamba village in the Jaldega block to take shelter.

The police then brought them back to Simdega and deployed a security team outside their residence.

The victim, Santoshi Kumari, died on September 28 after her mother was unable to feed her. The family was struck off from the government welfare rolls for not linking their ration card with the Aadhar card.

"We went to get rice, but I was told that no ration will be given to me. My daughter died saying 'bhaat-bhaat' (rice)," said the girl's mother, Koyli Devi.

Meanwhile, Chief Minister Raghubar Das has assured that an action will be taken against those found guilty in the case.

Due to the increasing number of fraud cases, the Centre, for security reasons, had asked every individual to link their Aadhar card with the ration card, LPG, PAN card or any other, failing which many people were struck off the ration card rolls in the state.