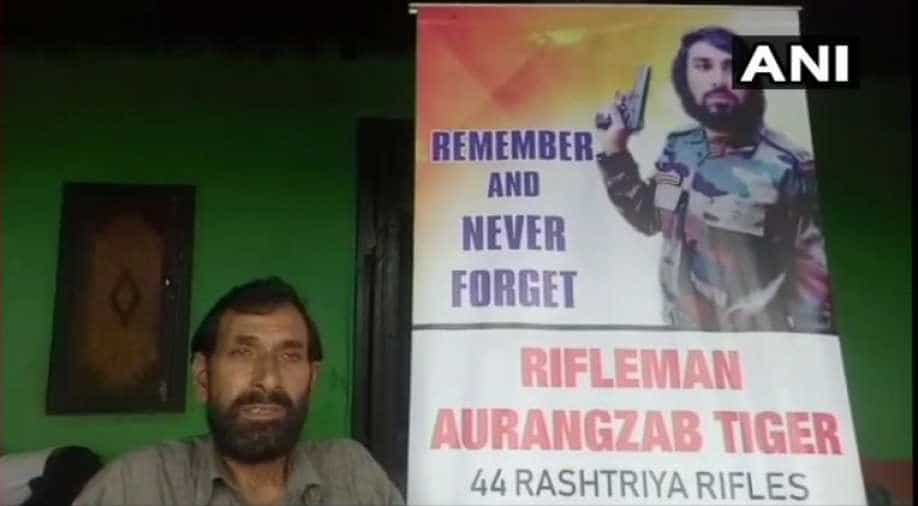 Three terrorists were killed in an encounter including top Hizb-ul-Mujahideen commander Showkat Dar, who was involved in the killing of jawaan Aurangzeb in June 2018.

In three major anti-terror operations, security forces have gunned down four terrorists in Jammu and Kashmir. With this, the total number of terrorists killed in the past three days goes to 10.

During the night, based on specific information, forces launched an operation in Panzgam village in Awantipora area of Pulwama district in south Kashmir. Three terrorists were killed in the encounter including top Hizb-ul-Mujahideen commander Showkat Dar, who was involved in the killing of jawan Aurangzeb in June 2018.

Aurangzeb, a rifleman with 44 Rashtriya Rifles, was first kidnapped and later shot dead by terrorists in south Kashmir when he was travelling to his home in Poonch in a private vehicle last year.

Two other terrorists identified as Irfan of Wadoora Payeen in north Kashmir's Sopore and Muzaffar Sheikh of Tahab Pulwama were killed. Arms and ammunition were also recovered from the spot of the encounter.

Security forces also engaged terrorists in a brief shootout during the pre-dawn hours in Dehruna area of Anantnag. Although the forces widened the cordon, according to sources terrorists, at least two of them managed to slip away.

Clashes between protesters and security forces were also reported from Pulwama and Anantnag during the encounter.

Later in the day, based on a credible input, a cordon and search operation was launched by the Jammu and Kashmir Police along with the Indian Army and the CRPF in Hathlangoo village of Sopore in north Kashmir.

While the searches were going on, hiding terrorists opened fire on the forces, triggering an encounter. One terrorist was killed and his body was retrieved at the encounter spot.

The slain terrorist has been identified as Waseem Ahmad Naik, a resident of Udipora Barsoo in Awantipora. Sources informed that Waseem was missing from his home in March after which his family had filed a missing report with the police.