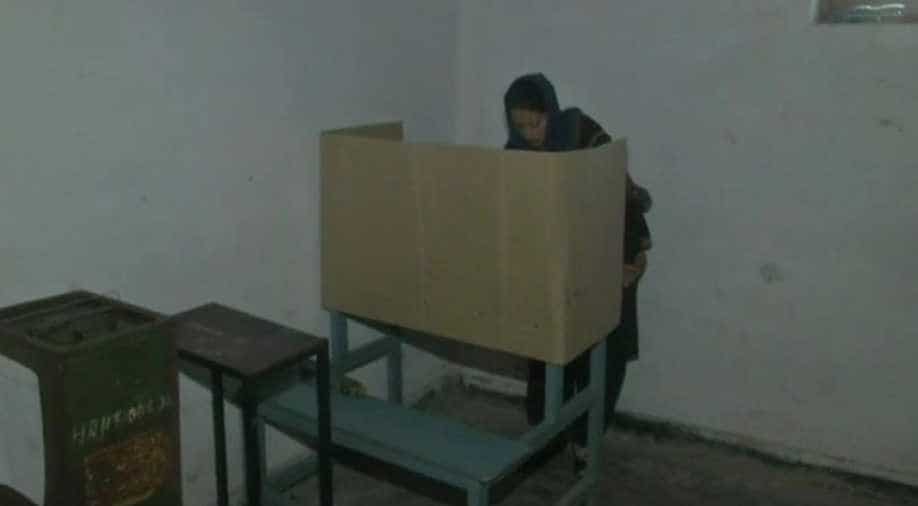 People standing in serpentine queues outside the polling booths, especially in Balhama, Uri, Udhampur, Ganderbal, Manjakote and Panjgrain blocks, said that braving all obstacles are worth for the 'vote for development'.

Despite calls for boycott and terror threats, the people of Jammu and Kashmir have come out to exercise their electoral franchise in support of development in the ongoing first phase of the Panchayat elections on Saturday.

People standing in serpentine queues outside the polling booths, especially in Balhama, Uri, Udhampur, Ganderbal, Manjakote and Panjgrain blocks, said that braving all obstacles are worth for the 'vote for development'.

Speaking to ANI, Pervaiz Iqbal, a voter from Manjakote Block said that the people are casting their votes in order to strengthen democracy and bring peace in the region.

"People living near the border areas want peace and development in the region. From the past couple of years, we are reeling under violence due to Pakistan's firing across the LoC. This time people want Sarpanches to exercise all their rights and work for the welfare of the people."

Another voter named Azir Mohamad was of the view that Panchayat polls are imperative for strengthening the structure of democracy in the state.

He also asserted that Sarpanches will be able to solve issues at the grass-root level. "We want that this time new Sarpanch must listen to our problems and deliver their promises on time," he said.

Azir also accused the former Sarpanches of being corrupt and added that the villagers from the past couple of years were not given any money allocated under various government-sponsored schemes.

Joining Azir's contention, another voter Mohamad Salim said, "We want the Sarpanch to resolve our problems and approach Centre as our representative when required. A lot of chaos is prevailing in the region due to cross-border firing. We now want development and peace."

Today, polling is being held in seven districts of Jammu, six districts of Kashmir Valley and two in Ladakh region.

As many as 427 candidates are in the fray, contesting for 536 Sarpanch Halqas and 5,951 candidates for 4,048 Panch wards in this phase of the Panchayat elections.

The polls will be held in nine phases and the model code of conduct will remain in force till the election process is completed.