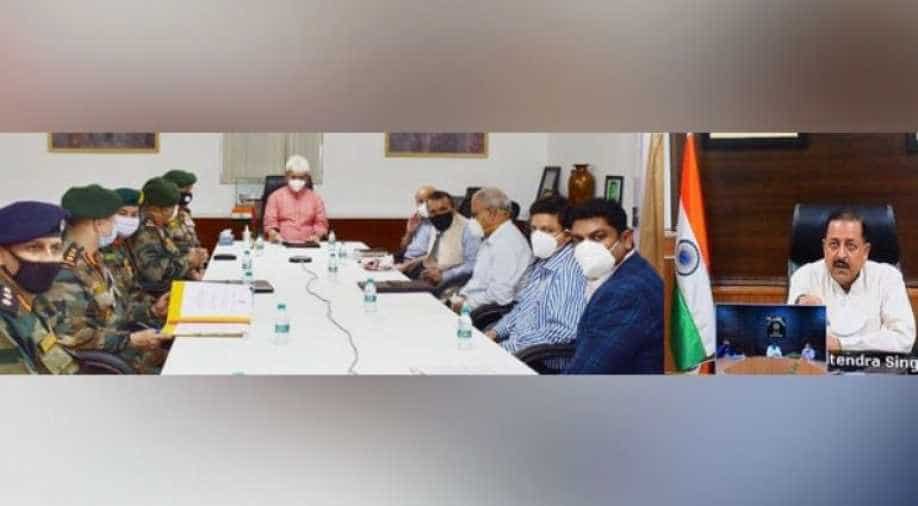 The airdrome at the district, which lies at more than 210 km from the nearest airport in Jammu, would reduce the time taken to travel between the two from eight hours to less than 30 minutes

The Jammu and Kashmir administration and the Army signed a memorandum of understanding (MoU) on Monday for development and operationalisation of an airstrip in Kishtwar district, an official said.

The proposal envisages that the existing helicopter strip in Kishtwar will be further extended to make it viable for aircraft landing. The airport at Kishtwar would cater to the entire region, according to a statement.

Addressing the event, Union minister Jitendra Singh said the proposed airport would lead to ease of travel, besides boosting tourism and trade.

Northern Command Commander Lieutenant General Y K Joshi and Lt Gen. Harsha Gupta, who is the commander of the 16 Corps, was also present.

The Lt governor said the aerodrome, whose operationalisation was pending since 2018, would provide a vital connectivity to the Kishtwar even during the severe winter conditions and for medical and other emergencies.

The airdrome at the district, which lies at more than 210 km from the nearest airport in Jammu, would reduce the time taken to travel between the two from eight hours to less than 30 minutes, the Lt governor said.

Sinha highlighted that the airport would benefit around 2.50 lakh people of the district and would give a fillip to the socio-economic development of the region.

Singh, who is the Udhampur MP, said he had proposed to the Airports Authority of India and the defence authorities that the airstrip at Udhampur might also be permitted for civilian use.

The Kishtwar airport, according to Singh, would also expedite the work on two major power projects, Pakal Dul and Keru.
Singh said he had first initiated the proposal about three years back to develop an airport at Kishtwar.

However, there were certain constraints and issues since the land adjoining the existing airstrip was in the possession of the defence authorities, according to the statement.

A series of meetings between the defence authorities and the Civil Aviation Ministry were organised by Singh over the past several months in New Delhi before an amicable agreement could be arrived at, it added.