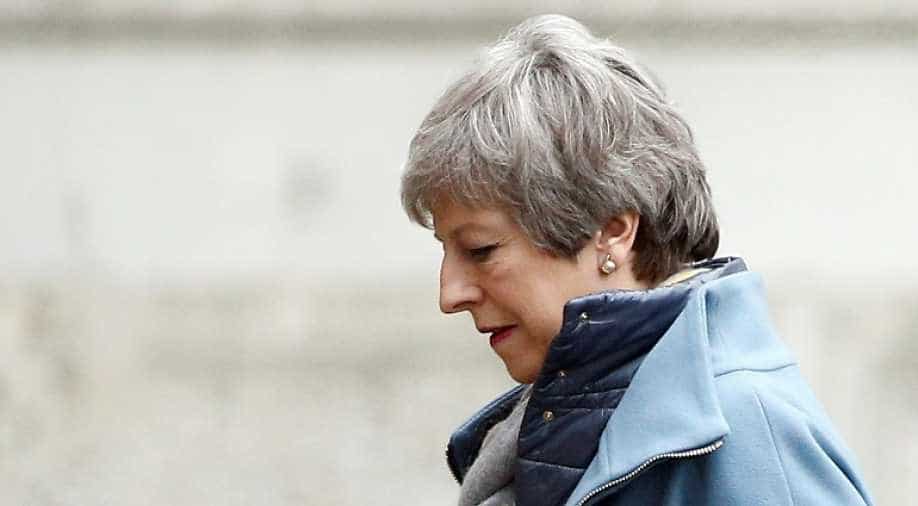 Colonial-era records show about 400 people died in the northern city of Amritsar when soldiers opened fire on men, women and children.

British Prime Minister Theresa May on Wednesday said that the Jallianwala Bagh tragedy was a shameful scar on British Indian history.

Theresa May said that the United Kingdom deeply regret what happened and the suffering caused in Jallianwala Bagh tragedy, as the British Prime Minister marked the 100th anniversary of the tragic incident but she stopped short of a formal apology.

On April 13, 1919, in Amritsar's Jallianwala Bagh British troops opened fire on thousands of unarmed protesters which remains an enduring scar of British colonial rule in India.

Colonial-era records show about 400 people died in the northern city of Amritsar when soldiers opened fire on men, women and children in an enclosed area, but Indian figures put the toll at closer to 1,000.

At the start of May's weekly Prime Minister's Questions in the House of Commons she fell short of a formal apology sought by a cross-section of Parliament in previous debates and reiterated the "regret" already expressed by the British Government.

"The tragedy of Jallianwala Bagh of 1919 is a shameful scar on British Indian history. As Her Majesty the Queen (Elizabeth II) said before visiting Jallianwala Bagh in 1997, it is a distressing example of our past history with India," she said in her statement.

Former British prime minister David Cameron described it as "deeply shameful" during a visit in 2013 but stopped short of an apology.

In a debate on the subject in London on Tuesday, foreign office Minister Mark Field said the massacre was a "shameful episode in our history and one that we deeply regret to this day."

He said: "It would not be appropriate for me, in the context of this particular debate, to apologise today, but I have found many of the speeches very very compelling and I will take up with the foreign secretary and number 10 Downing Street a sense that we perhaps need to do a little more than the very deep regrets that I have set out today."

He said representatives from the British High Commission would visit the site to lay a wreath and that the government would also publicly acknowledge the centenary in Britain.

A ceremony was due to take place at the site of the massacre on Saturday.