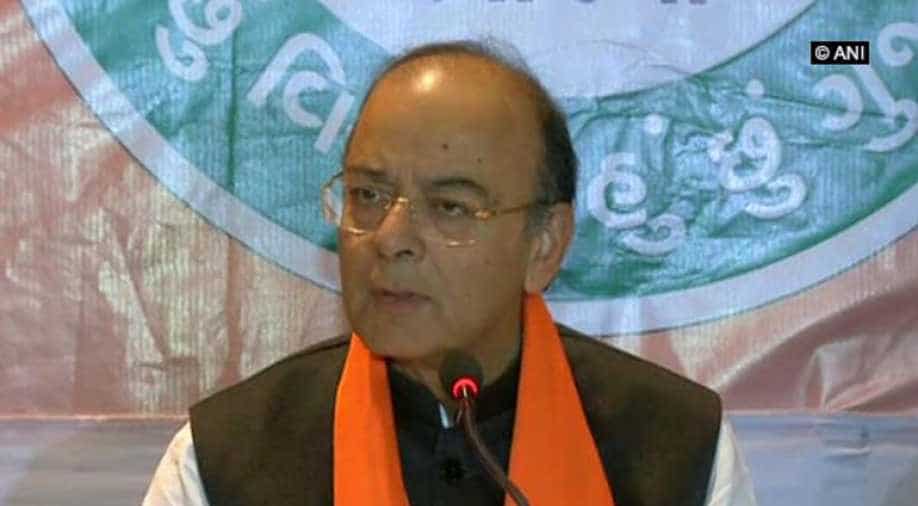 "While the BJP has maintained its credibility, the Congress is slowly becoming extinct. The results haven't been out yet and they have already started making excuses for their defeat," Union Finance Minister Arun Jaitley said Photograph:(ANI)
Follow Us

Union Finance Minister Arun Jaitley on Saturday tore into the Opposition parties which have, time and again, accused the Bharatiya Janata Party (BJP) of tampering with the Electric Voting Machines (EVMs), saying they were making excuses for their defeat.

"While the BJP has maintained its credibility, the Congress is slowly becoming extinct. The results haven't been out yet and they have already started making excuses for their defeat," the senior BJP leader said, while addressing a press conference here.

In the wake of the upcoming assembly polls in Gujarat, national general secretary of Congress, Mohan Prakash, had reportedly said the BJP would lose in Gujarat, if the elections were carried out in a fair manner, that is, without the use of EVMs.

"If the BJP is honest and believes in democracy then they should discard the EVMs and conduct voting on ballot papers. The general elections are due in 2019. If the BJP believes people are with them, they must implement it. I can guarantee if ballot papers are used, the BJP won't come to power," Mayawati said.

The BJP secured a massive victory in the civic polls in Uttar Pradesh on Friday.

Samajwadi Party leader Azam Khan said there was no tampering but a 'setting' in the civic polls.

The two-phase Gujarat assembly elections will take place on December 9 and 14, while the results will be out on December 18.