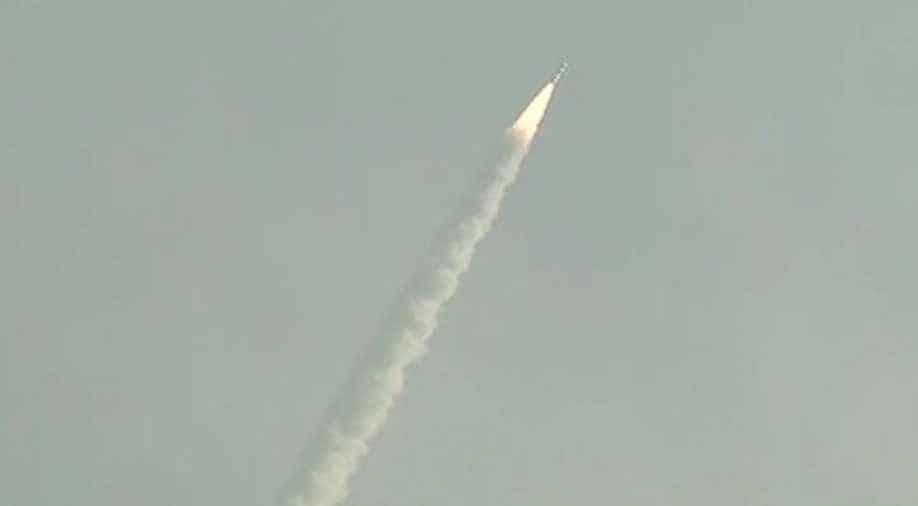 After its launch, the HysIS was successfully injected into sun-synchronous polar orbit by PSLV-C43, from Satish Dhawan Space Centre in Sriharikota.

Marking its second launch for the month, the Indian Space Research Organisation (ISRO) set off an earth observation satellite Hyper Spectral Imaging Satellite (HysIS) on Thursday at around 10 am.

The satellite was launched by Polar Satellite Launch Vehicle (PSLV) in its 45th flight PSLV-C43 along with 30 co-passenger satellites from the First Launch Pad (FLP) of Satish Dhawan Space Centre (SDSC) SHAR Sriharikota.

Satellites of eight different countries including Australia, Canada, Malaysia, Columbia, Finland, Netherlands, Spain, USA were launched along with the HysIS.

After its launch, the HysIS was successfully injected into sun-synchronous polar orbit by PSLV-C43, from Satish Dhawan Space Centre.

PSLV is a four-stage launch vehicle with alternating solid and liquid stages. PSLV-C43 is the Core Alone version of PSLV which is the lightest version of PSLV.

HysIS will help in monitoring pollution from industries, a media report quoted an ISRO official as saying. Besides this, the satellite is also designed to contribute in agriculture, forestry, geological environments, coastal zones and inland waters.

With a mass of about 380 kg, the HysIS is the lightest version of the launch vehicle.

The earth observation satellite is the primary satellite of the PSLV-C43 mission.

The primary goal of HysIS, whose mission life is five years, is to study the earth's surface invisible near infrared and shortwave infrared regions of the electromagnetic spectrum.

The space agency had launched its latest communication satellite GSAT-29 on board GSLV MkIII-D2 on November 14.