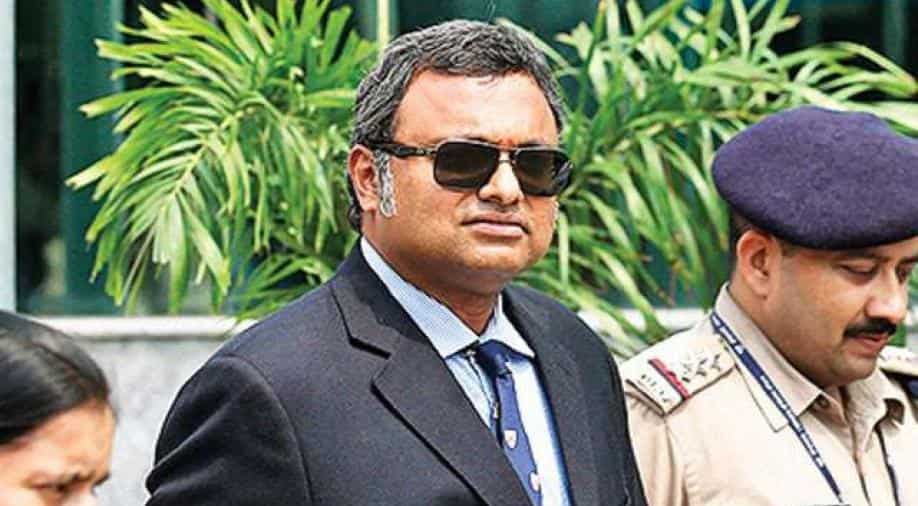 The Central Bureau of Investigation (CBI), who arrested Karti Chidambaram on Wednesday morning at the Chennai Airport, brought him to Delhi.

According to sources, Chidambaram was arrested by the CBI sleuths at Chennai airport around 8am when he returned from London.

An FIR was filed by the CBI in connection with the case on May 15 last year. It is alleged that Karti Chidambaram received funds to the tune of Rs 10 lakh in the case, officials said.

The Congress said that Karti's arrest is vendetta and a diversionary tactic by the Modi government to hide its scams and "mal-governance".

"Karti Chidambaram's arrest would not deter the party from speaking the truth to hold the government accountable," the party's communications in-charge Randeep Surjewala said.

It was a classical diversionary tactic to hide corruption scams, mal-governance and mal-administration that have marred this government, Surjewala added.

BJP leader Sambit Patra, however, rubbished Congress' allegations. "I believe no one should consider oneself above the law of country. If corrupt are being jailed and law is taking its own course, I see no reason why any political party should cry vendetta. This is law, not vendetta," Patra said.