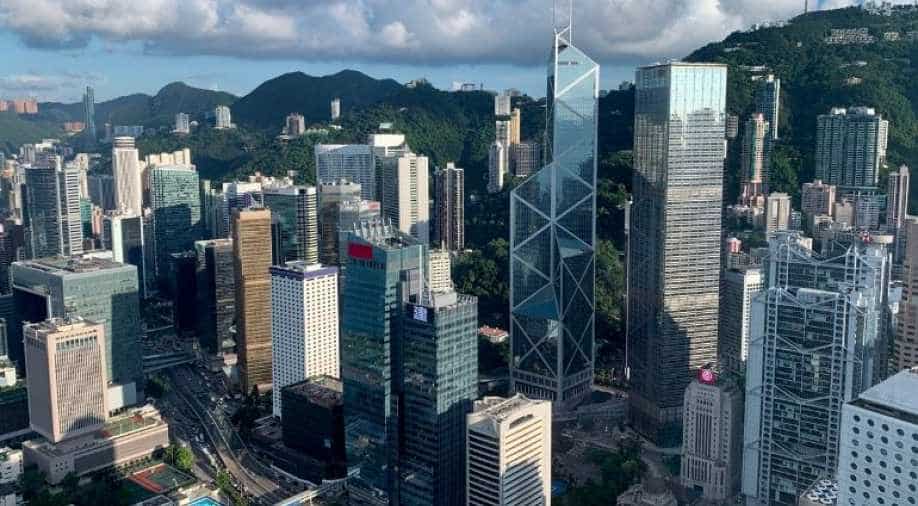 The knock-on effects of the tariffs row and China's slowing economy also prompted the International Monetary Fund to lower the economic outlook of other advanced Asian economies.

The International Monetary Fund (IMF) trimmed its 2019 growth forecast for China on Tuesday as the US trade war and weak demand at home take a toll on the world's second-largest economy.

The knock-on effects of the tariffs row and China's slowing economy also prompted the International Monetary Fund to lower the economic outlook of other advanced Asian economies.

Japan is bucking the trend of cooling growth but the region's other economic giant, India, is slowing.

China's economy is now expected to grow 6.1 per cent this year, according to the IMF's World Economic Outlook report, instead of the 6.2 per cent previously forecast.

The Asian powerhouse this week reported weaker-than-expected import and export figures for September after Washington imposed new tariffs that month, triggering a tit-for-tat response from Beijing.
The two sides reported progress in negotiations to resolve the conflict last week but punitive tariffs on hundreds of billions of dollars remain in effect.

Figures for industrial production, retail sales and infrastructure investments for August were all down, as the government attempted to control toxic debt.

Soft business confidence and growing tensions between the United States and China on trade and technology was also a major drag on the global economy, the IMF report said.

The Washington-based global crisis lender downgraded its 2019 global growth forecast to 3.0 per cent -- its lowest level in the past decade.

The IMF once again called for a quick resolution to the trade war between the world's economic superpowers, warning that a protracted dispute could shave 0.8 per cent off global growth next year.

It warned that some of the "biggest downward revisions" for growth this year are for Hong Kong, South Korea, and Singapore, "a common factor being their exposure to slowing growth in China and spillovers from US-China trade tensions."

Hong Kong's economy has also been battered by four months of pro-democracy protests, which have led to a plunge in tourism and retail sales.

Growth in other major Asian economies -- including India -- was also slowing.

"In India, growth softened in 2019 as corporate and environmental regulatory uncertainty, together with concerns about the health of the nonbank financial sector, weighed on demand," the report said.

It predicted Indian growth will slow to 6.1 per cent this year, from 6.8 per cent in the previous year.

But Japan is doing better, with economists tipping the economy to expand 0.9 per cent in 2019, a tad up from the 0.8 per cent recorded last year, as government efforts to fight deflation and increase women's participation in the workforce start showing results.