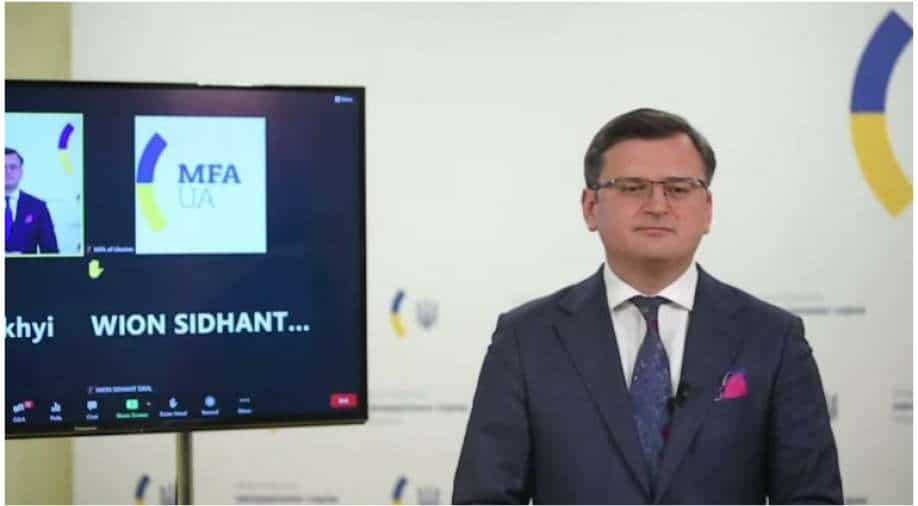 Ukrainian foreign minister Dmytro Kuleba has said Ukraine saw space for the Indian role to defuse the ongoing crisis in Eastern Europe. He said that "it will make an impact". India has a close relationship with Russia and US and both countries have kept New Delhi in loop amid the unfolding situation in Eastern Europe.

At a virtual press conference on Wednesday, foreign minister Dmytro Kuleba, in response to WION's question, said India can tell in "a very clear manner to Russia, the following, that Ukraine is a friend and a partner of India and India will find any attempt of Russia to solve the current crisis by military means or to continue to destabilize Ukraine from inside unacceptable. If Russia hears that from Indian govt, it will be a very strong message of support and it will make an impact"

The comments came even as India called for peaceful resolution of the situation through sustained diplomatic efforts. India, along with Gabon and Kenya had abstained from a UNSC procedural vote calling for discussion on the issue on Monday. US had led the initiative on the issue at the UNSC, which Moscow called as "megaphone diplomacy". Russia wants "security guarantees" from the West that Ukraine doesn't join NATO.

"We really appreciate their presence and contribution to life in Ukraine".

He pointed out, "I can tell them one thing, there are many many much more complicated and dangerous places across the world compared to Ukraine. They can feel safe, continue their studies and enjoy their life and be confident in the future. "

There are about 20,000 Indian students studying in Ukraine, mainly in the field of medicine. Indian business professionals work predominantly in the fields of pharmaceuticals, IT, engineering, medicine, education, etc.

The Indian mission recently started collecting data and details of Indians in the country in view of the ongoing situation and prepare for any eventuality.