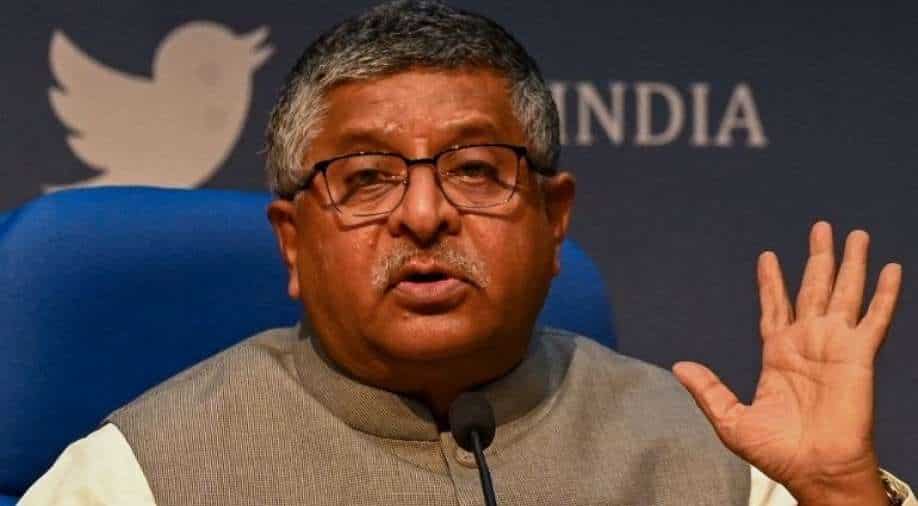 Hitting out at Twitter, Prasad in a series of posts on another social media platform Koo said that Twitter's action is in gross violation of IT rules, as the platform had failed to give prior notice before denying access to his account

Twitter on Friday temporarily blocked IT Minister Ravi Shankar Prasad's account for alleged violation of the US Copyright Act, a move that the minister slammed as being arbitrary and gross violation of IT rules.

Hitting out at Twitter, Prasad in a series of posts on another social media platform Koo said the platform had failed to give prior notice before briefly denying access to his account. The account was subsequently unblocked after a warning.

Friends! Something highly peculiar happened today. Twitter denied access to my account for almost an hour on the alleged ground that there was a violation of the Digital Millennium Copyright Act of the USA and subsequently they allowed me to access the account. pic.twitter.com/WspPmor9Su

Confronting Twitter, Prasad said it was apparent that his statements calling out the high-handedness and arbitrary actions of the microblogging platform, particularly sharing clips of interviews to TV channels and the powerful impact had "clearly ruffled its feathers".

The blocking of the IT minister's Twitter account comes at a time when the US digital giant has been engaged in a tussle with the Indian government over the new social media rules.

The government has slammed Twitter for deliberate defiance and failure to comply with the country's new IT rules, which has led to the microblogging platform losing its intermediary status in India and becoming liable for users posting any unlawful content.

Prasad has previously criticised Twitter over the viral video, saying its failure to act was "perplexing".

On Friday, Prasad reiterated that all social media firms must abide by the new IT rules, which also mandate the appointment of new compliance executives.

"Twitter's actions indicate that they are not the harbinger of free speech that they claim to be but are only interested in running their own agenda," Prasad said, adding that users faced the threat of being "arbitrarily" removed if they did not follow the company's line.