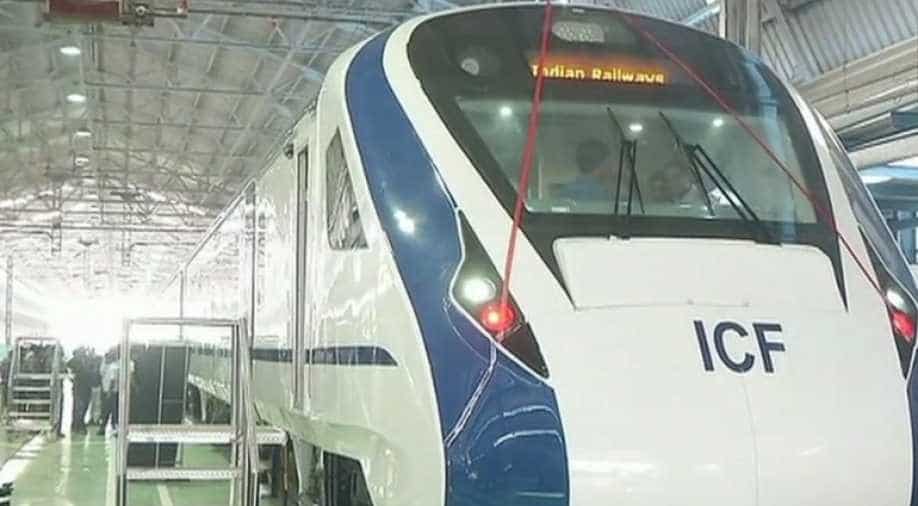 The fully air-conditioned metro-like-train is driven by a self-propulsion module, It can run at a speed of up to 160 kmph and comes with technical features for enhanced quick acceleration.

The trial of India's first engine-less train, capable of achieving a maximum speed of 160 kilometres per hour, will be conducted today on the Bareilly-Moradabad section.

The fully air-conditioned metro-like train is driven by a self-propulsion module. It can run at a speed of up to 160 kmph and comes with technical features for enhanced quick acceleration.

First unveiled in October, 'Train-18' is conceptualised and designed by the Integral Coach Factory (ICF). It was manufactured by ICF in a record time of 18 months and will run on the route of Delhi-Bhopal Shatabdi for its inaugural ride.

Currently, only Gatiman Express touches the same speed of 160 kilometres per hour.

Fitted with CCTV cameras, Train-18 would have two executive compartments in the middle with 52 seats each, whereas trailer coaches would have 78 seats each. It has diffused lighting, automatic doors and footsteps beside GPS-based Passenger Information System.

The footstep in a coach's doorway slides outward when the train stops at a station enabling passengers to alight safely with comfort in view of the variation in height between a train's floor and the platform.

Shatabdi was introduced in 1988 and is presently running on over 20 routes connecting metros with other important cities.

ICF General Manager Sudhanshu Mani had earlier said the train cost nearly Rs 100 crore to build the prototype and subsequent production would bring down the cost.

He also added that the manufacturing of Train-18 is the best example of the "Make in India" initiative and is a gift of the ICF to Indian Railways.

Six more trains will be manufactured, and maintenance facilities for the train are being developed in New Delhi.