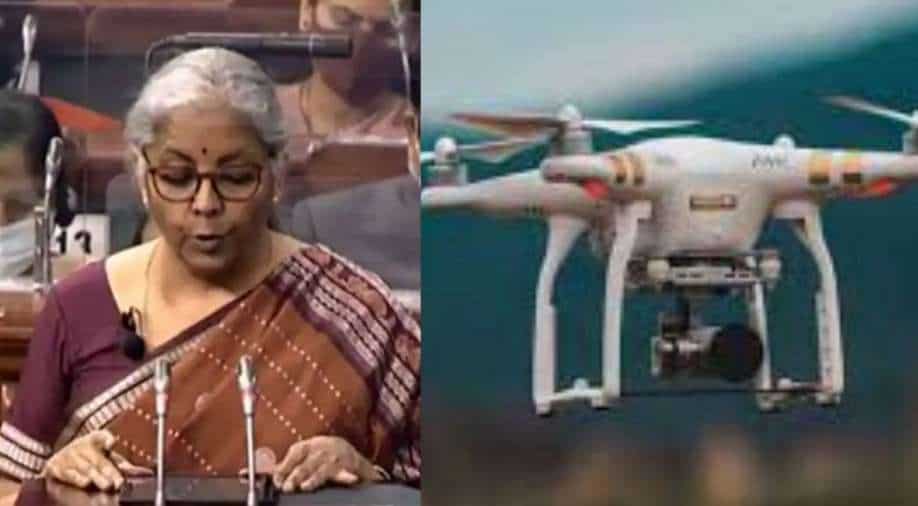 Introducing a new concept, Sitharaman said that "startups will be promoted to facilitate Drone Shakti through varied applications and for a drone as a service."

Indian Finance Minister Nirmala Sitharaman presented the annual Union Budget for the year 2022-2023 in the Parliament on Tuesday, February 1 in the nation's capital New Delhi.

Introducing a new concept, Sitharaman said that "startups will be promoted to facilitate Drone Shakti through varied applications and for a drone as a service."

"In select ITIs in all states, the required courses for skilling will be started," she further added.

In her opening remarks, Sitharaman said that India's growth is estimated to be at 9.2 per cent, which happens to be the highest among all large economies. As per the Finance Minister, this year's Union Budget seeks to lay the foundation and give a blueprint of the economy over 'Amrit Kal' of next 25 years - from India at 75 to India at 100.

The nation is battling the Omicron wave but the speed of the vaccination campaign has helped. "I am confident that 'Sabka Prayaas' we'll continue with strong growth," said Sitharaman.

This year, the budget will be available on an application named "Union Budget Mobile App". The app was launched last year for easy access to Budget documents by Members of Parliament (MPs) and the general public.