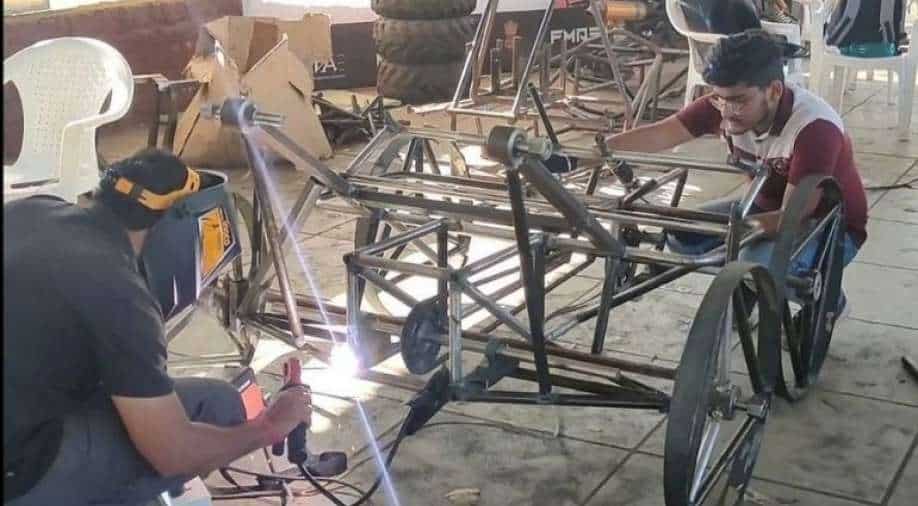 NASA 2022 Human Exploration Rover Challenge: The challenge required US and international student teams to design, engineer, and test a human-powered rover on a course simulating terrain found on rocky bodies in the solar system.

The challenge, which was announced by the National Aeronautics and Space Administration (NASA) on April 29 during a virtual awards ceremony, drew 91 teams from 58 institutions and 33 high schools.

The competition required US and international student teams to design, develop, and test a human-powered rover on a track that mimicked the topography found on rocky worlds throughout the solar system.

While negotiating the course, the teams also completed mission tasks such as sample retrievals and spectrographic analyses.

Also read | NASA to beam out Earth's location into space. Experts warn that it just might invite an alien invasion!

"This year, students were asked to design a course that would mimic obstacles as if they were competing in Huntsville," Aundra Brooks-Davenport, activity lead for the challenge at Marshall Space Flight Centre in Huntsville, Alabama, said on Tuesday.

"Ensuring team safety was a major factor in developing the design of their own obstacles. We are excited about the virtual competition and the opportunity it provided our teams," Ms Brooks-Davenport said.

According to the statement, the team from Vellore Institute of Technology in Tamil Nadu was named the winner of the Social Media Award in the College/University section.