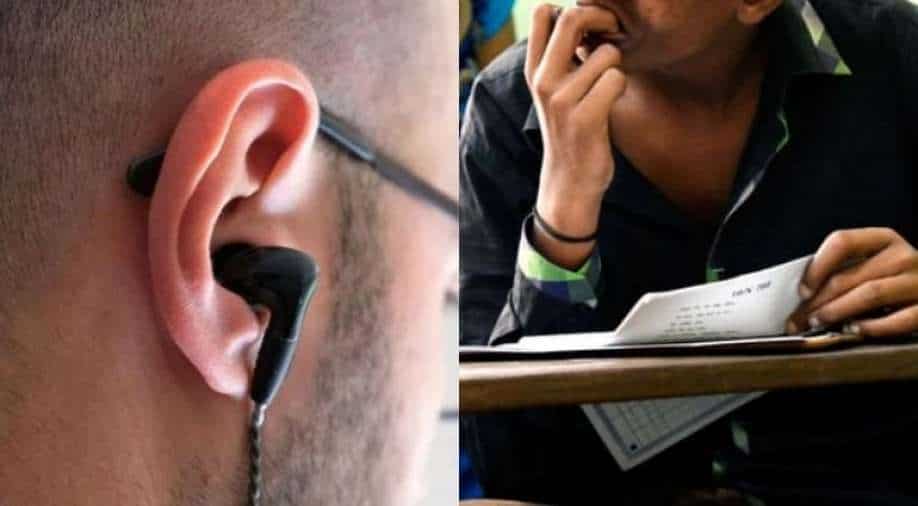 A student taking his final MBBS exam had a miniature Bluetooth device surgically implanted in his ear to facilitate cheating.  Photograph:( Twitter )

Exam cheating is prevalent in India, but have you ever heard of a student cheating on an exam with a bluetooth device surgically implanted into the ear?

With the use of contemporary Bluetooth devices he had implanted in his ears, a medical student from India's Mahatma Gandhi Memorial (MGM) Medical College was caught cheating on his final MBBS exam.

On Monday, February 21, the incident occurred.

After failing the General Medicine exam for the past few years, the medico decided to take it one last time.

According to Indian media, he had been admitted to the college 11 years ago and had one more chance to clear it.

He was one of 78 medical students that took part in the examination.

Dr Vivek Sathe, a DAVV member, frisked the student while he was writing the examination and discovered a cellphone in the inside pocket of his trouser.

The phone had been turned on and paired with a Bluetooth device.

The team, however, did not discover a Bluetooth device on the student.

He was hauled away from the exam and interrogated.

During questioning, the student admitted to surgically fitting a skin-colored tiny Bluetooth device by an ENT (ears, nose, and throat) surgeon.